Dancehall musician, Shatta Wale, has addressed the media in a virtual press conference dubbed State of the Industry Address.

According to him, his recent trip to the United States opened his eyes to certain ideas and policies that will boost the music industry if stakeholders pay attention to him.

Speaking to the public, Shatta Wale thanked his fans, the media and Ghanaians as a whole for accepting him before highlighting his points.

The dancehall musician, in his first point, asked his colleague musicians to unite and propel under one music genre that will be identified as a signature on songs made in Ghana.

He said in one of the business meetings, he was asked which genre makes Ghanaian musicians identifiable and none came to his head.

I was speaking as a dancehall act but they needed to know what we do in Ghana… We should come together to identify one genre… let’s do this for the industry to give it the global attention we have desired, he said.

In his second point, the musician asked his colleague musicians, especially those are who emerging to pay attention to the business side of the music craft.

Musicians should pay more attention to the business side of the craft, thus career and business entity… Let’s learn to make money – Let’s try to make value of the craft even when we are no more in the studio, he advised.

Additionally, in his subsequent point, Shatta Wale asked the government to prioritise Ghana’s music by ensuring the media, especially disc jockeys, play 90 per cent of music from Ghana with the remaining 10 per cent left for foreign content.

I want to propose the national agenda to prioritise Ghana music. We need to give Ghana music 90 percent and 10 for other countries. For it to work, we all need hands on deck especially media houses.

The My Level hitmaker also asked event organisers to organise shows in other regions aside Greater Accra to involve stakeholders in all parts of the country.

To climax the press conference, Shatta Wale pleaded with leadership to use music as a tourism tool. 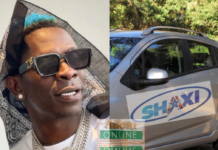 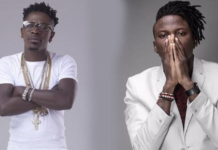 Do you want to bring war? – Shatta Wale stands against #FixTheCountry campaign

Shatta Wale reacts after he was busted for wearing ‘fake’ jeans