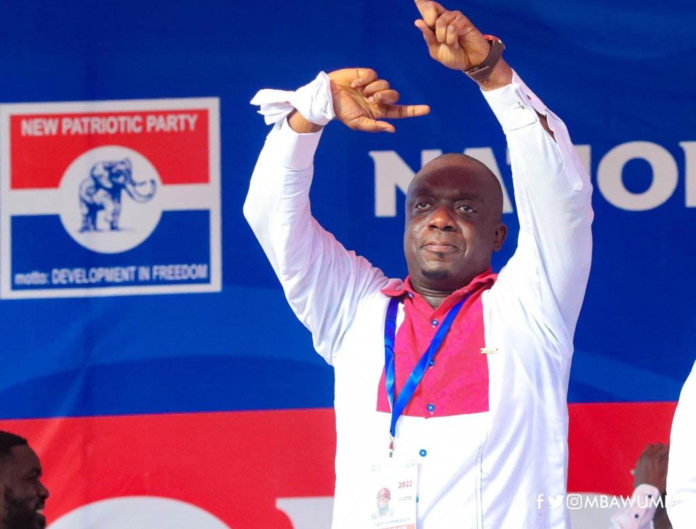 Newly elected General Secretary of the New Patriotic Party (NPP), Justin Frimpong Kodua has appealed to his predecessor, John Boadu, not to be in despair following his defeat in the just-ended election.

Mr Kodua said he was ready to consult his predecessor and other past general secretaries for advice as they have been in the position and are experienced.

“I called my brother, John Boadu and congratulated him for the wonderful work he has done for the party. I told him not to be disappointed as he will definitely be useful at the party. I always say that I am very fortunate to have about 4 past general secretaries.

“I can’t afford to make mistakes; if I have any challenge I will always go to them for advice and that’s exactly what I told John Boadu. The party members have spoken so it’s important that we come together and work,” he said in an interview on Asempa FM’s Ekosii Sen.

Justin Frimpong Kodua caused the biggest upset of the day when he narrowly swept the General Secretary position with 2,837 votes to dethrone the incumbent, John Boadu, who placed second with 2,524 votes in the keenly contested election of the party.

He pledged that under his reign as General Secretary, he will run a “transparent” administration that will not entertain some of these difficulties when it comes to party internal elections, where some delegates will be prevented from voting.

Listen to him in the audio below for more: