A year after his successful album ‘Changes,’ Justin Bieber has delivered a new song off his latest ‘Justice’ album which features the Grammy-award winner, Burna Boy.

The song titled ‘Loved by You’ captures a feeling of deep love for an unknown lover.

Earlier in the day, Justin Bieber tweeted about the release of the song with Burna Boy, a tweet which the ‘Twice As Tall’ crooner also retweeted:

Burna Boy also recently released a song with Sia ‘Hey Boy’ which was initially released back in November of last year, and was preceded by other singles ‘Together’ and ‘Saved My Life‘, co-written with Dua Lipa.

However, On Tuesday, 12th of January, Sia announced she will be featuring Burna Boy in a new version of the song, Hey Boy.

The talented singer won his first Grammy award in the just concluded Grammy awards and has been celebrating this win.

That was the second Grammy nomination for the singer, Burna Boy, who has sold out London’s Wembley arena and broken a United Kingdom music chart and a Spotify streaming record with his Afrobeat and dancehall style.

Listen to his song with Justin Bieber below: 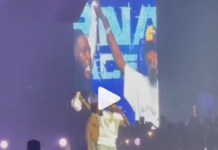 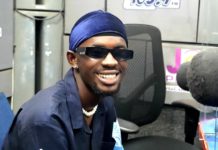