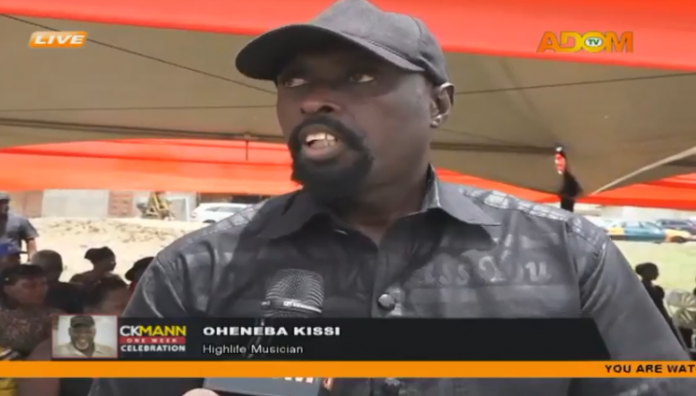 Highlife Veteran Oheneba Kissi claims the infamous June 4 revolution which happened in Ghana about four decades ago almost cost him his music ambition.

Speaking on Asempa FM’s weekend entertainment show, Téte a Téte, he said Oheneba said his desire to do music moved him to Sunyani in the Brong Ahafo Region, where he wanted to join a music group called “Third Generation” but wasn’t allowed to do so because the group did not consider him to be “there yet”.

The refusal by the Third Generation music band didn’t kill his dream so he moved to Accra in 1979 to educate himself on how to play several musical instruments just so he could polish his art.

Narrating his story, Mr Kissi said his hopes died when the Armed Forces Revolutionary Council (AFRC) became the government of Ghana through a coup d’état from June 4, 1979, to September 24, 1979.

According to him, the frustration among the general public, and lack of discipline and frustrations within the Ghanaian army caused him to panic.

“So in 1979, I came to Accra to learn how to play in a band and just when I decided to play was when there was a coup in Ghana on June 4 so my dreams were shattered,” he told host Kweku Adu Kumi.

He revealed, however, that his hopes and passion soared again when he had the chance to perform randomly for a brand that didn’t know who he was in Achimota.

“I remember going to Achimota with a band who knew very little about capabilities. I told them I could sing and they gave me the chance to show my skills. I sang once and they told me to continue. That was the first time I mounted a platform,” he narrated.