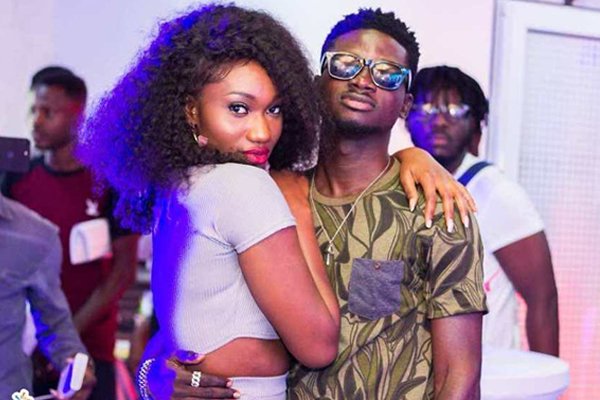 The 2019 3Music Award’s Highlife Artiste of the Year, Kuami Eugene says he got attached to Wendy Shay because she loves his vibe.

Rumours that the two were dating became rife after pictures of the two musicians hugging during Wendy’s birthday went viral.

Though the ‘Angela’ hitmaker admitted in a conversation on ‘The Gist’ with Joy News’ MzGee that he and Wendy ‘over hugged’ at her birthday party recently, he refuted reports which insinuated that they shared a kiss.

“I don’t know why people think I kissed her on her birthday…We are cool, we are that close but not that close to be kissing her,” he said.

On April 17, the Lynx signee released the video to his track titled ‘No More’ which features Sarkodie.

According to many, the act of the two in the said video and the photographs taken behind gives credence to the gossip that they are intimate.

“Before Wendy became a star, she was actually brought to me at Lynx Entertainment by Bullet. With the whole management, we were around when they brought Wendy Shay, they were like Kuami Eugene meet Wendy Shay she go blow soon,” he explained.

When MzGee asked what he meant by “kind of attached to each other,” he said “no strings attached.”

‘The Gist’ airs on the Joy News channel on MultiTV, DStv 421 on Saturdays and Sundays at 8.30 pm.