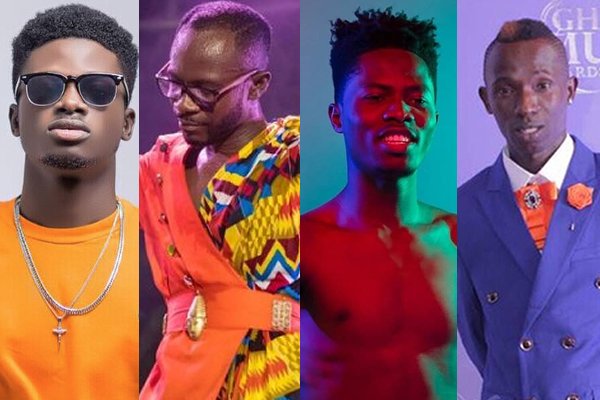 Entertainment last week has been fun with new album releases, charities and controversies.

Sarkodie’s mum celebrated her birthday on April 22, Easter Monday. The rapper took to Twitter to shower sweet beautiful words of appreciation and a word of prayer.

Kuami Eugene was also in the news addressing his song theft controversies. The singer in an interview says he is not fazed by allegations of him stealing or sampling songs or lyrics. According to him, many artistes have faced such accusations before and he will not let it stifle his creativity. The singer has been accused of stealing lines from Jamaican Koffee’s ‘Ragamuffin’ for his verse on the new VGMA theme song ‘Our Music Lives’.

D Black and Tinny also have been throwing jabs at each other since the later called the former a “whack rapper”. This week in news D Black revealed tinny sent him a private message for a collabo but he rejected it.

Tinny replied saying he never begged for the collabo but wanted them to take advantage of the controversy with a collaboration.

Actress Salma Mumin embarked on her new project ‘Salma feeds’. On Easter Monday the actress fed 1,000 children at Jamestown, a suburb of Accra.

Over the weekend, Okyeame Kwame launched his ‘Made In Ghana’ album at the +233 Jazz Bar and Grill. He explained that he began working on the 10-track album when Ghana had 10 regions, hence each region has a song representing it on the album. To which, he got singers from different regions to feature on the tracks. The launch saw performances from Wiyaala, Afriyie, Trigmatic, Kidi, Kuami Eugene and many others.

Kwesi Arthur also dropped his new album Live From Nkrumah Krom volume II. The artiste and the album started trending on Twitter at number one and two. Many Ghanaians were happy the country is producing great artistes like Kwesi Arthur.

DJ Mic Smith’s Jama topped the Adom FM Music Chart. ‘Nothing I Get’, ‘Don’t Be Late’, ‘Baby’ by DJ Vyrusky and many other songs were in there.

#Skopatomana challenge was trending. The challenge surfaced after excerpts from ‘Daavi Neba’ by Kawoula Biov featuring Patapaa made rounds on various social media platform. The excerpt showed Patapaa dropping some rap bars that caught the attention of fans. People took to social media to share their versions of the rap.

The much anticipated comic movie ‘The 2 Pilots’ is set to be premiered at the National Theatre on Friday, April 26.

The ‘Two Pilots’ in the movie are Kwadwo Nkansah (Lilwin) and Kalybos, arguably the best two comic actors in the country, with Emelia Brobbey and Kwaku Manu also starring in the movie.

In the international world

Tanzanian singer Diamond Plantnumz also accused former Psquare member Mr P of sleeping with his ex-wife Zaria. He explained the sexual relationship caused the break up of his marriage.