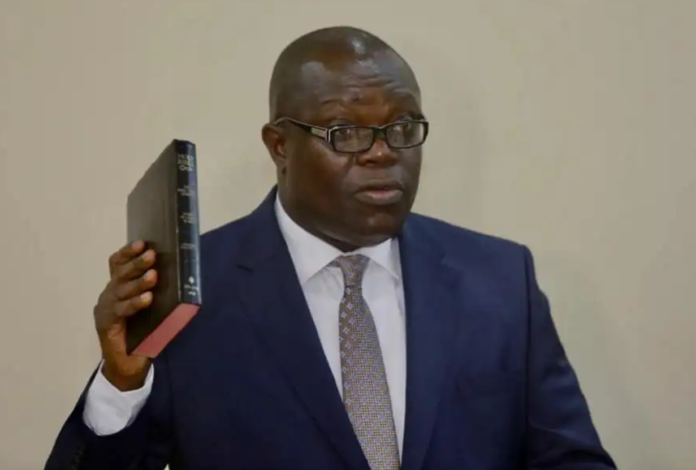 A Ghanaian judge in The Gambia, His Lordship Alexander Osei Tutu, has ordered the Inspector-General of Police (IGP) and the Attorney-General to compensate an alleged rapist over wrongful detention.

The suspect, 75-year-old man, Sylvanus Johnson, is reported to have been jailed by the Gambian police for more than 72 hours for allegedly raping his victim.

Between April 7 and April 19, 2021, the suspect was held at the Police Headquarters in Banjul without being arraigned.

A situation the police blamed on lockdown in the country amid the covid-19 pandemic.

However, pursuant to the country’s constitutional provision which requires a suspect to be put before the court within 72 hours, he applied to the Kanifng High Court for the enforcement of his constitutional liberties.

An appeal that saw the court, presided over by Justice Osei Tutu, who is on secondment in the Gambia, rule in his favour.

Justice Osei Tutu, in his judgment, reminded the police that the country was governed by law with the constitution being the Supreme law that guarantees the personal liberties and rights of people.

He cautioned there should not be any attempt on any day or occasion to deprive people from the enjoyment of these rights and liberties or in any manner take them for granted.

“Such a course would be relentlessly, fearlessly and zealously resisted by the courts that are mandated by the constitution as the last hope of the people of The Gambia,” part of the ruling sighted by Adomonline.com read.

Meanwhile, Mr Johnson is expected to receive an amount of D40,000.00 equivalent to about GHC 5,000.00 as compensation from the country’s Inspector-General of Police and the Attorney-General.