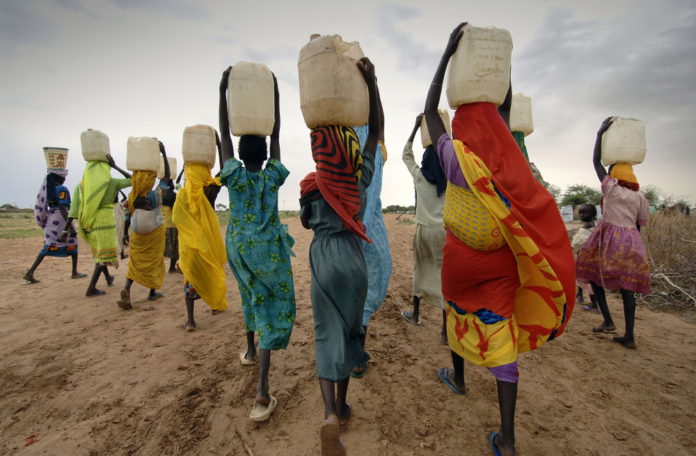 Women globally have offered great input in the quest to building society in varied scopes like health, food and agriculture, science and technology, fishery, building and construction, economics, sports, and even mining.

They are able to combine perfectly and effortlessly the roles of motherhood, wifehood, and nation-building activities.

According to Global Volunteers, the contribution of women to a society’s transition from pre-literate to literate likewise is undeniable and it is the mother in the family who often urges children of both genders to attend and stay in school.

“The role of women is at the front end of the chain of improvements leading to the family and community’s long-term capacity,” it said.

The global theme for this year’s celebration, ‘Women in Leadership: Achieving an Equal Future in a Covid-19 World’ aims to highlight the role women have been playing at the forefront of the global health crisis as health workers and caregivers, community organisers and innovators.

The International Women’s Day grew out of the labour movement to become a recognised annual event by the United Nations (UN).

The seeds of it were planted in 1908, when 15,000 women marched through New York City demanding shorter working hours, better pay and the right to vote. It was the Socialist Party of America who declared the first National Woman’s Day, a year later.

Their agitations and wishes were officially recognised in 1975 when the United Nations started celebrating the day and the first theme adopted by the UN (in 1996) was ‘Celebrating the Past, Planning for the Future.’

International Women’s Day, since then, has become a date to celebrate how far women have come in society, in politics and in economics, while the political roots of the day weaved around strikes and protests are organised to raise awareness of continued inequality and call for accelerating women’s equality and recognition.

International Women’s Day is a national holiday in many countries, including Russia where the sales of flowers double during the three or four days around March 8.

In China, many women are given a half-day off work on March 8, as advised by the State Council, although many employers do not always pass the half-day on to their female employees.

In Italy, International Women’s Day, or la Festa della Donna, is celebrated by the giving of mimosa blossom. The origin of this tradition is unclear but it is believed to have started in Rome after World War Two.

In the US, the month of March is Women’s History Month. A presidential proclamation is issued every year to honour the achievements of American women.

This year will look a little different because of the novel Coronavirus and more virtual events are expected to take place around the world, including that of the UN.

Women have substantially played crucial roles within their countries of origin and beyond towards sustaining peace, development and stability.

In Ghana, citizens cannot forget the likes of Yaa Asantewaa (1840-1921), Queen Mother of Ejisu who led the Ashanti rebellion against British colonialism to defend the Golden stool and promoted women emancipation as well as gender equality.

Others are Nana Konadu Agyeman Rawlings, widow of the late former President Flight Lieutenant Jerry John Rawlings, who led the 31st December Women’s Movement to encourage women to stand for their rights and be part of decision making processes and Theodosia Okoh (1922-2015), who designed Ghana’s National flag.

Other women, recognised across the globe for their hard work and influence are Ursula von der Leyen who was appointed as the first woman President of the European Commission in 2019, Angela Merkel, the first female Chancellor of Germany, and Christine Lagarde, the first woman to head the European Central Bank on November 1, 2019.

Others are Kamala Harris, the first woman in American history, elected to the Vice Presidency, and Melinda Gates, one of the most powerful women in philanthropy and co-chair of the Bill and Melinda Gates Foundation, a charitable entity with a $40 billion trust endowment.

About the role of women in controlling the Covid-19 pandemic and its effects, Natalie Merchant, a Writer, Formative Content, said female leaders had been praised for their roles in response to Covid-19, but remained under-represented in decision-making.

Women, she stated, had been disproportionately affected by the pandemic, representing 54 per cent of overall job losses, however forum research showed that the “role model effect” was helping to close the gender gap.

The crucial role played by women in the ongoing recovery from the Covid-19 pandemic would be celebrated this IWD.

She said women had also been acknowledged as among the most effective leaders during the pandemic, with female heads of government, including New Zealand Prime Minister Jacinda Ardern, having been praised for how they handled the crisis.

Women are very vital in society and it is evident from the Genesis of creation, where God found it necessary to create a woman to support a man for their wellbeing (Genesis 2:22).

Irrespective of their peculiar roles in varied sectors of the economy and nation building, the ordinary woman with no formal skill at all also helps to nurture a home, a family and a society, with acts ranging from selection and care of clothing, maintenance of the house, catering for kids to performing other organising and administrative functions of the house.

They undoubtedly are great managers who might not have acquired any formal managerial skills.

Although lives, resources and property have been lost to Covid-19, the great efforts of women for centuries and in contemporary world towards human growth and sustenance, cannot be underestimated, neither can it be forgotten or overlooked.

It is for this reason that the UN chose the aforementioned theme to celebrate women and their contribution to national and global development and deliberate on how to achieve an equal future for both genders in a Covid-19 world.