A leading member of the erstwhile Armed Forces Revolutionary Council, Major (Rtd) Kwadwo Boakye-Djan, says he stands by his comments that the Electoral Commission’s (EC) decision to compile a new register can cause mayhem in Ghana.

The retired army officer, and the opposition National Democratic Congress (NDC) member, insisted that the signs were on the wall that the EC’s actions could plunge the country in chaos, as it sought to register Ghanaians for a new voter’s poll.

“If you have a situation where the EC will be justifying cleaning up [and] that the current [register] is bloated. There is a conflict of interest, Jean Mensa, is beating war drums by her actions,” he said on TV3’s current affairs programme, Hot Issues, on Thursday.

Major Boakye-Gyan, one of the architects of the June 4 revolution in 1979, was reported as saying that the country risked being plunged into civil war with the insistence of the commission that the country needed a new register.

“If they want it, they will get it, quote me,” he was quoted as saying in the interview he granted Accra-based, Okay FM, which would later land him in trouble.

The AFRC military junta, chaired by Flt Lt J.J. Rawlings, governed Ghana from June 4, 1979, to September 24, 1979. They overthrew another military regime led by General F.W.K  Akufo. The mainly junior officers accused their superiors of corruption and handing over the country’s economy to foreigners.

The regime is often cited as one of the bloodiest in Ghana’s history, killing two heads of states and several senior military officers, as well as brutalities against Ghanaians.

With his history of a military coup probably in mind, the Criminal Investigation Department picked him up for investigations. He was later granted bail in the sum of GH¢20,000.00 with a surety.

He is to report at the Berekum Divisional Police Command every Tuesday.

But speaking on TV3’s Hot Issues monitored by theghanareport.com, Major (Rtd) Boakye-Djan insisted he made the statement out of experience.

“As an intelligent officer with several years in the military, I can detect a drift towards civil war and it is my responsibility to make it known to Ghanaians so we can avoid it,” he said.

He said he was not part of the “class of people” who deny making statements attributed to them.

He insisted the country would plunge into civil war if the EC was allowed to have its way.

Major Boakye-Gyan, who contested the Jaman South Parliamentary seat on the ticket of the NDC in 2012,  but lost the elections, said the EC Chairperson was doing the bidding of the appointing authority.

The EC has insisted that it is mandated by law to do its work without any undue pressure from any quarter, be it government, political parties and or civil society groups.

The compilation of a new voter register has divided political parties and civil society in the country. The New Patriotic Party and 12 other parties have maintained their stance since 2012 that the voters register was bloated and hence have called for a new register.

The NDC on the other hand, has the support of some minority parties and 18 civil society organisations, calling on the EC to stop the compilation of a new register.

The NDC has kicked against a new voter register since 2012 when it was then in government. The EC, under Dr Kwadwo Afari-Gyan in 2012, admitted at a press conference that the voter’s register was over-bloated with minors.

The EC under the then Commissioner, Mrs Charlotte Osei’s also opposed a new register saying the proposals from the opposition parties will lead to an “elitist” voters registers.

The EC under the current Commissioner, Mrs Jean Mensah, also insists the voters’ register was bloated and had announced since the beginning of this year that it intended to compile a new register from April 23, 2020.

However, the commission was compelled by the directive by the President banning all forms of social gathering and imposed a three-week lockdown of the country since March as a result of the global COVID 19 pandemic to postpone the exercise.

With the easing of the restrictions of movement and the lifting of the lockdown by the President, the EC has only yesterday, Thursday, May 21, 2020, announced guidelines for the compilation of a new voters register under a strict social distancing regime. 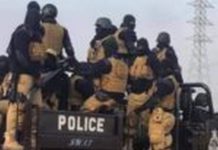