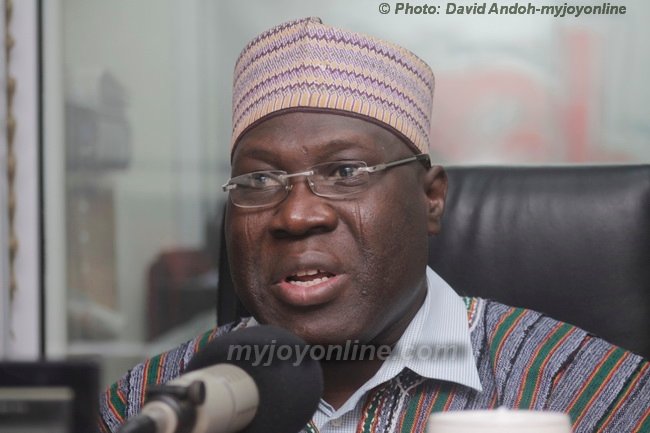 Former Minister of
Lands and Natural Resources, Inusah Fuseini under the erstwhile John Mahama
administration has disclosed that although the Mahama administration was
committed to the fight against illegal mining in Ghana, he never heard of ‘galamsey
queen’ Aisha Huang when he served as Lands Minister.

Speaking in an interview
on Asempa FM’s Ekosii Sen show, the
former Minister explained that he was so committed to the fight against ‘galamsey’
that there was no way he wouldn’t have acted if he knew of Ms Huang.

“I would have deported
Aisha Huang if she was arrested in my tenure but she never came to my attention
neither did I hear of her because based on my posture on ‘galamsey’, I was able
to deport about 5,000 illegal miners from Ghana,” he stated.

Mr Fuseini, who is the Member of Parliament for Tamale Central, said he will still criticise the government on the deportation of Ms Huang because he expected the government to prosecute her.

“Aisha Huang was
arrested and taken to court on several occasions by the New Patriotic Party
administration, but why didn’t they continue with her prosecution but just
decided to deport her?” He asked.

Mr Fuseini added that the
fight against galamsey needs a different focus by the government to be
successful.

“If Aisha Huang was
powerful as we are saying, then it means her connections were stronger but this
galamsey fight needs commitment, dedication, focus and passion,” he urged.

Ms Huang and four of
her Chinese employees, who were engaged in illegal mining at Bepotenten in the
Amansie Central District in the Ashanti region, were arraigned on May 9, 2017.

However, the Attorney
General issued a Nolle Prosequi for the case to be discontinued and she was
subsequently deported from Ghana.

Meanwhile, some Ghanaians have described the deportation as a betrayal of the fight against galamsey by the government after a vow to deal with illegal miners whose actions had destroyed the country’s land and water bodies.