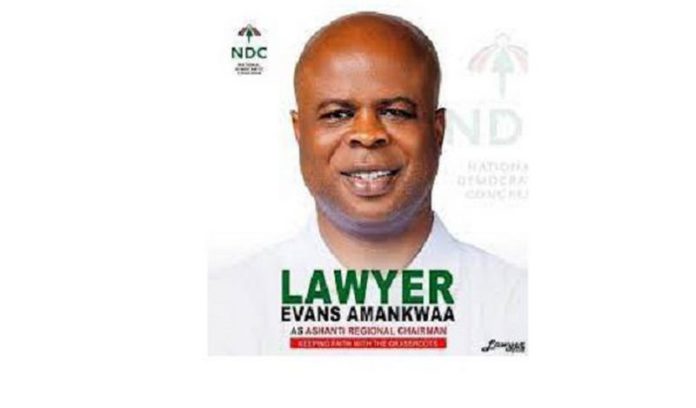 Defeated aspiring Ashanti Region Chairman in the just-ended executive elections of the opposition National Democratic Congress (NDC), lawyer Evans Amankwaa, has revealed how he paid over GH¢460,600 to the entire 1,400 delegates on the election day.

Speaking on Akoma FM’s current affairs and political show GhanAkoma, the defeated aspirant explained that on the day of elections, he paid GH¢350 to each delegate for lunch and transportation, which is estimated to amount to almost GH¢500,000.

Mr Amankwaa further told host of the show Aduanaba Kofi Asante Ennin that the total amount of money he spent before and during the elections is over GH¢1 million.

When asked if he was surprised with the results after spending such amount on the election, he responded, thus: “I wasn’t surprised at yesterday’s results though I was confident of winning the election I was as well aware that anything could happen so I have spent hugely on the just ended elections but it was my decision so I never regret my actions.”

The just-ended Ashanti Region NDC executive elections brought together over 1,400 delegates from the 47 constituencies to the Baba Yara Sports Stadium on Sunday, November 13.