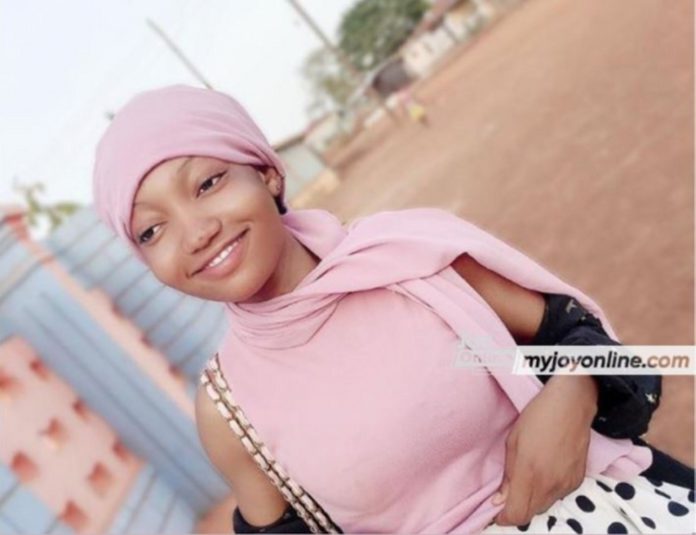 An unknown gunman has shot and killed a 22-year-old lady, Abubakari Mansura, at Gumbihini in the Tamale Metropolis of the Northern Region.

The shooting incident occurred on Wednesday dawn when the deceased visited her fiancée at his house. A photo of an entrance to the residence shows a gate riddled with bullet holes.

They were said to have been attacked by gunmen, during which Miss Mansura was shot dead. It is not known what triggered the attack.

The family of the deceased has accused the police of doing too little to arrest the perpetrators of the crime.

According to the family, Mansura visited her boyfriend during which the unknown gunman attacked the house and in the process, shot her.

A brother of the deceased, Abdul Waris, said the police were yet to invite either the landlord or any occupant of the house where the incident happened for questioning.

The family said that the inability of the police to also make any arrest was worrying.

They are, therefore, calling on the Inspector-General of Police (IGP) Dr George Akuffo Dampare to intervene before the case goes cold.

Mr Waris said their sister had no business with any gunman and therefore efforts should be made to get her killer(s) arrested and prosecuted.

He also bemoaned the silence of the police to console or brief the family on the steps they have taken since the day of the incident.

“It has been more than 24 hours since the incident happened, the little we know is that somebody would have come to console or tell us at least that the police are working on it but over 30 hours now nobody is telling us anything from the side of the police,” Mr Waris said.

Mr Waris raised concerns over the increased rate of gun-related crimes in the metropolis and called on the police to beef up security in the area.

“We have people in this town who are in possession of firearms, we see them at our funerals, we see them at important events and nobody is asking questions or arresting these people,” he noted.

Some other residents also shared their thoughts on the insecurity situation in the metropolis, especially at night.

“We are worried about the rising insecurity in Tamale, we are afraid anytime our children go out because you don’t know what will happen to them while they are out, we want government to address this situation,” they said.