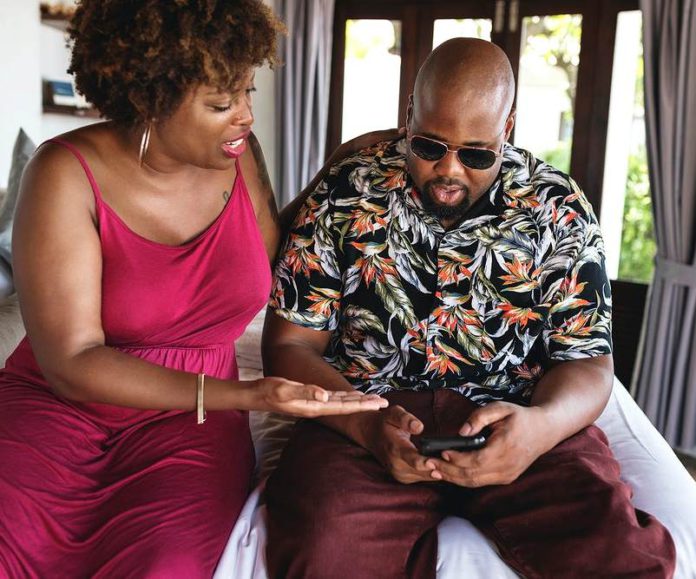 I was twenty-seven when I got married to Nancy, the woman I dated from my days at the university. She was twenty-four.

They said we were too young to marry, especially when we graduated from school not too long ago.

I had a job immediately after my national service. Nancy had a good-paying job in a consultancy firm so the question then became, “Why can’t we marry?”

We got married, rented an apartment somewhere closer to town and we moved in together. We were a young couple and nothing was out of our reach.

We went everywhere together and did a lot of things that brought fun into our marriage.

Those who said we were too young to marry also said when we face challenges in our marriage, it would be too difficult to solve with our immature minds.

We had a year of marriage without any fight or whatsoever. We had even a better second year where everything we did sought to solidify the love between us.

There was this supermarket I usually shopped every day after work. After shopping, you pass in front of a glass partitioned office before you get to the cashier.

One day after shopping, I looked through the glass partitioned office and a woman there signalled me to come. I looked at the tag at the door and it was written, “General Manager.” “Why would the general manager ask me to come? Have I done anything wrong or she knows me from somewhere?” I asked myself. Immediately I entered the office, she stood up from her chair and shook my hand. She looked like a woman in her forties.

She said, “You come here every day to shop and I see you standing in the queue for so long before getting served.

Take my number, (She handed me her complimentary card) send me the list of things you would want to buy and I’ll get them ready before you get here.”

I looked at the card. Her name was Amanda. I told her, “That’s very thoughtful of you and I appreciate it very much.

I would do just that and it would save me a lot of time.” She shook my hand again looking directly into my eyes. I left her office, feeling like I’ve made it in life. “The general manager herself would do all that for me? I might have slept somewhere divine last night.”

When I closed from work that day, I gave her a call. I introduced myself as the guy she spoke to the previous day. Judging from the excitement in her voice, she was very pleased that I called.

I asked her, “Should I call them out or I should send them through Whatsapp?” She said, “Write them down and take a photo of it and send it to me via Whatsapp.” I did and by the time I got to her office, all my groceries were bagged nicely in her office. I asked how much, she said, “You’ll have all that for free for being a loyal customer here.”

I said in my mind, “If I knew this from the beginning, I would have bought the whole supermarket.” I laughed and thanked her profusely.

Somedays I was given a special discount which covered almost half of the total price. Somedays, She would walk me out, stand the roadside with me until I got a taxi.

Our friendship started getting casual. She would call and ask how I was doing and sometimes I would send her memes on Whatsapp and we’ll both laughed over them.

And then we had our first outing. She asked, “You nice gentlemen of these days marry very early. Why? Where are you running to?” I smiled shyly and told her, “I wanted to start everything early so I can have kids who are closer to my age.” She laughed and asked, “You married early just for such reason?”

Our night was eventless. She later dropped me off at a place I could easily get trotro home. I saw where the thing was going but I wasn’t too sure about it. Every day I got curious about what next for us until one day, during a chat she made it plain to me that she liked me. I said, “I like you too. You’ve been phenomenal since we met and I appreciate it more.”

She asked, “So from now onwards, you are my boyfriend?” She put me on the spot just like that. I responded, “It’s true when I said I like you. So why not?”

That began a crazy affair that lasted for a year. Went on a break, came back together, and dated for another year.

She got angry, called it quit only to come back a week later to tell me I was the joy of her life. Indeed, she had become my joy too. So much so that I treated my marriage passively—like something that exists on the peripherals.

All my life I’ve been the one to take care of the women I dated. Even common trotro, I had to be the one to pay for the women I dated. On my thirty-first birthday, she asked me what I wanted. I told her, “Amanda, I’ve never received birthday gifts in my life so I don’t know how it feels like to receive one and how you respond when someone asks you what do you want on your birthday. Please surprise me.”

That surprise brought me two expensive suits and a pair of shoes, an iPhone X, and an expensive dinner the following day. When I woke up on my birthday, my wife said, “Eiii, today is your birthday? Small small you’re growing oo.

Anyway, happy birthday.” Later in the day, she posted us on Facebook with the caption, “A king was born today.”

That was all. Another year. Another birthday. Another nothing. Not that I expected anything from her, even if she got anything for me, she would have used my own money to buy the gift. Wives.

I bought my first car a year later. I had a very tight budget that could get me only a fairy used car. I scanned online and met a lot of people who were ready to sell their cars to me, but each time, my budget came short.

Amanda said to me, “Old cars are expensive, trust me. You get them today and you spend the rest of your life spending on them.

Get a new one. I would help you.” A week later, I was in a car garage with my wife, buying a new car with the money another woman had offered to me.

Amanda made life easier for me. Whenever I was with her, everything came easily. It was like pressing a button and what you are looking for would fall on your lap.

Sometimes we wanted to stop and move on with our lives. We wanted to give everything away and concentrate on our lives but it wasn’t easy.

Then she said something like, “You guys are all like that. You are either taken or you come along when we are taken. There’s never a right time to meet the right guy.”

One day she met a man she told me she loved.

She told me she wanted to give the man a chance and see what may come from it. I asked her, “What then happen to us?” She said, “I don’t know.” I thought she needed some space so I gave it to her. I wasn’t calling and I wasn’t seeing her for a while.

One evening she said she wanted to meet me urgently. I was going to a church program with my wife but I had to lie to my wife about some fake emergency so I could run to Amanda. I went to see her.

“Why do you want to see me? What’s the urgency”

“I just want to see you. It’s been so long and that’s the urgency.”

That night we had the best sex of our lives. It was as though there would be no us after that night. It was like a goodbye affair.

The closure after the closure. The endgame. When I got home, my wife was peacefully lying in bed un-clad, waiting for me. I went to bathe, pushed her legs on the side of the bed, and slept.

That night my conscience pricked me. I felt guilty that a woman—my wife could love me truly and innocently while I go around sleeping with another woman.

I thought of stopping everything with Amanda and I did but once in a while, she comes through and shatters all my defences and we end up doing what I said I would never do.

She’s happily dating now but it looks like she’ll always come to me whenever she needs me.