A 29-year-old businessman who rented a Toyota Corolla from a car renting firm and failed to return it has appeared before an Accra Circuit Court, charged for stealing.

Yombu claimed he gave the rented vehicle to his South African girlfriend, who took the vehicle to Takoradi but could not trace her whereabouts and that of the vehicle.

The police said the accused had removed the tracker on the vehicle and vacated his residence a month after renting it.

The Court, presided over by Mr Emmanuel Essandoh, admitted Yombu to bail in the sum of GH¢100,000.00 with two sureties, one to be public servant earning not less than GH¢1,000.00.

Prince Frederick Ashie Neequaye, Counsel for the accused, prayed the Court to admit his client to bail because he had persons with “sufficient means” to stand as surety for the accused person.

Mr Neequaye said the charge preferred against Yombu was billable and that he would not jump bail, arguing that the matter before the court was a civil one.

He said Yombu also resided at Malejor, near Dodowa, and that in August this year, the complainant, who was into car rentals, was approached by the accused to rent out his Toyota Corolla car with registration number GS 4440-20 valued at GH¢80,000.00.

The Prosecution said the daily rate of the vehicle was pegged at GH¢250.00 and same was agreed upon by the complainant and accused.

The Prosecution said the accused made a deposit of GH¢1,350.00 and left with the car and that after the expiration of the rental period, the accused failed to return the car to the complainant.

Mr Yakubu said the complainant became alarmed, hence he contacted Yombu on phone to return the car but the accused failed to do so and disabled the tracker on the vehicle.

The Prosecution said after unsuccessful attempts to locate the car, the complainant followed up on the accused to his house but the accused was nowhere to be found.

Mr Yakubu said information gathered from the residence of the accused indicated that he rented the house for only a month and vacated it after renting the vehicle.

Prosecution said on November 11, this year, the accused was arrested and during interrogations, he admitted having rented out the complainant’s car but gave out to his South African girlfriend who also took the car to Takoradi. 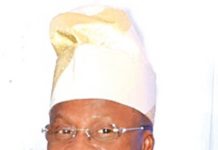 Court strikes out case against businessman declared wanted by police