Ace actor, Kofi Adjorlolo, says he has no regret over his outburst at some Ghanaian film producers who owed him for works he did for them.

There was drama at the press launch for Zion Train Productions’ movie ‘Heros of Africa (Tetteh Quarshie)’ when Mr Adjorlolo saw one of the producers and demanded he gets paid.

In an interview with Joy Prime’s Ibrahim Ben-Bako, he said, “old man like me, they call me to come and work and they can’t pay me? (I am talking) about seven producers, why? And I’m sitting at home hungry.”

To Mr Adjorlolo, despite the backlash he received following the revelation, it actually turned around for the good for himself and other colleagues.

“After that incident, Prince David Osei called me to confirm that he is one of the beneficiaries as a producer who owed him for almost three years has finally paid him,” he said.

Speaking in an interview on Accra FM, he stressed he was excited he had been able to help resolve a problem that had affected the movie industry for so long.

“I came out to address the issue not only for myself but for others in the industry who have suffered the same fate but continued acting due to their passion for the job.

“I don’t regret my outburst because it was not in vain as I started to receive my money after that except for one who is yet to fulfil his part of the deal,” he added happily. 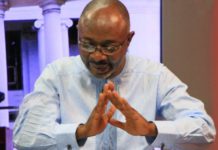 I will repay GH¢51m debt within two months if… – Woyome 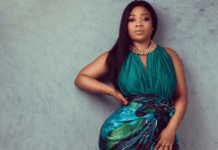