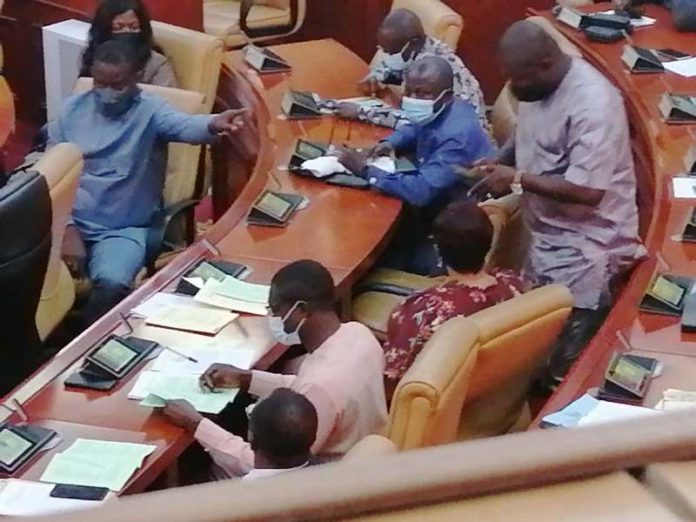 The National House of Chiefs has cautioned Members of Parliament (MPs) to desist from the use of violence in dealing with matters of national interest.

According to the House, the actions of Parliamentarians go a long way to affect Ghanaians at large.

The President of the House, Ogyeahohuo Yaw Gyebi II, made the call at their last meeting for 2021.

“I will want to use this platform to tell our Honorable Members from both sides of the House to exercise restraint and resort to dialogue on the broad national interest in order to arrive at a consensus,” he urged.

To him, the lawmakers must be able to live up to the honourable tag their positions come with.

“These things do not only affect the Parliamentarians but they affect Nananoms and the good people of this country. So we are appealing to them to exercise restraint because we believe they are responsible people that is why we call them honourable. They should always dialogue instead of turning the House into a boxing arena,” he added.

His comments come on the back of blows exchanged in the Chamber on Monday night as MPs could not control their emotions.

The House broke into chaos during a vote on whether the controversial E-levy Bill should be considered under a certificate of urgency or otherwise.

Reacting to the development, Nana Gyebi II, who is also the Paramount Chief of Sefwi Anhwiaso Traditional Area, said the incidents were unfortunate, adding the House must be able to work together.

“It is just unfortunate that in recent times our Parliamentarians have decided to exchange blows on the floor of the House,” he bemoaned.