A headmaster has expressed disappointed in the government over what he described as neglect of public basic schools in the country.

The headmaster, who only gave his name as Agya Kojo in an interview on Adom FM’s Dwaso Nsem, they have been left to their fate with little or no support.

The heartbroken headmaster explained the woes of staff deepen each day as they crack their brains on how to solicit for funds in running the school.

Agya Kojo bemoaned their only form of funding which was through the Parent Teacher Association dues has also been cut off.

“The parents were helping the schools since the funds from government were not enough but in the second term of the 2018/19 academic year, the government directed all parents not to pay any money to the schools,” he said.

He noted the situation forced teachers to write exam questions on the board at that time since there was no exam printing fees.

Agya Kojo said there have been times the schools took loans to fund operations and relied on contributions from teachers.

He maintained the Deputy Director General of Ghana Education Service was aware of their woes and despite the numerous stakeholders consultation, no result has been achieved. 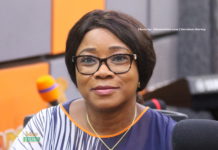 Why will I neglect the people who voted for me? – NPP MP quizzes