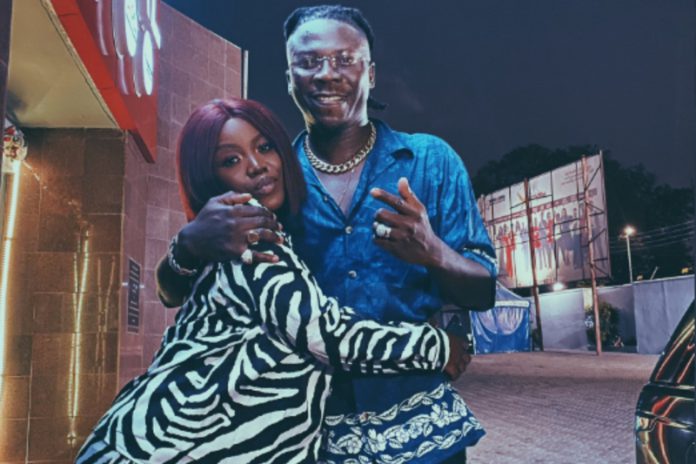 This was after she shared a lovely photo of herself posing with the dancehall maestro probably after they finished recording a smashing tune in the studio.

Gyakie, who broke into the scene with her most popular song ‘Forever’ and since then has gained fame and broke into the global music scene, stated in the post that she might be dropping another song featuring Stonebwoy.

In response to her tweet, Stonebwoy confirmed her statement, saying that the jam they are preparing to release either before or after the festive season will be delivered to the world.

It shall be delivered to the world ♥️🌎🚀 https://t.co/FrezAMovFF