The Ghana Grid Company Limited (GRIDCo) has announced, there will be more power cuts, as it works to upgrade its systems.

The company attributes the recent rampant power outages across the country to ongoing construction works on its transmission systems which will continue until July.

Corporate Communications Manager at GRIDCo, Ebenezer Amankwah has said a timetable is being worked out for the scheduled outages.

“When you look cross the value chain, there are key projects ongoing just to boost transmission, accessibility, reliability and also distribution,” he said on PM Express on Monday.

He listed the Pokuase sub-station, Kasoa bulk supply point, Achimota-Volta transmission line among others as the few areas in Accra that could potentially see maintenance in the coming weeks.

Mr Amankwah said the contractors on these projects have asked that the outages be undertaken to facilitate their work on the facilities.

“The contractors are asking for some outages at some particular places so these are the areas where we are looking at a discussion with some key stakeholders like ECG and NEDCo so we can arrive at some appreciable timetable to communicate where there is the need for outages to happen,” he said.

Meanwhile, Ranking Member, Mines and Energy Committee of Parliament, John Abdulai Jinapor has said Ghana’s energy sector is on the verge of collapsing following failure to improve the system.

The former Deputy Energy Minister’s submission comes on the back of the recent report from the Auditor-General which revealed about ¢230 million debt owed the Ghana Grid Company Limited (GRIDCo). 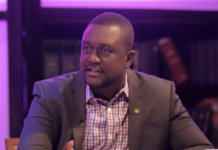