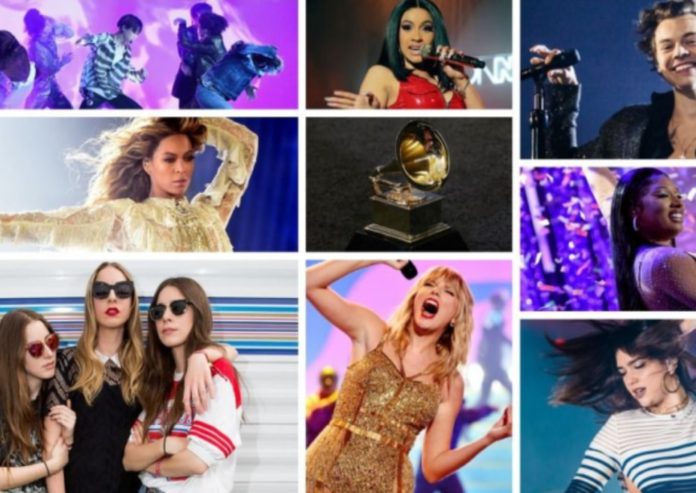 Traditionally billed as “music’s biggest night”, this year’s ceremony will be a little different because of – you guessed it – the pandemic.

There’ll be no audience, and performers will be separated onto five stages, arranged in a circle inside the Los Angeles Convention Center to maintain social distancing.

“It’s not Zoom, it’s not pandemicky,” said host Trevor Noah. “The bands are sort of going to be performing for each other,” like a star-studded version of Later… With Jools Holland, without the boogie-woogie piano.

In another break with tradition, the awards will be handed out by bartenders, security guards and cleaners from concert venues that have been forced to close because of Covid-19.

Hopefully that’ll put a stop to some of the ceremony’s more self-indulgent speeches. Maybe we can even go back to 1996, when Pearl Jam’s Eddie Vedder accepted a Grammy with the words: “I don’t know what this means, I don’t think it means anything… Thanks, I guess.”

This year, Beyoncé leads the nominations, with nine in total – including four for her civil rights anthem Black Parade, which was released at the height of the Black Lives Matter protests last year.

All of them are strong contenders but, as Grammy-watchers know, the pressure of deciding the awards frequently makes voters go bananas. Unless you genuinely believe Blood, Sweat & Tears’ eponymous 1970 album is better than the Beatles’ Abbey Road?

We’ll avoid predicting the winners for that very reason… But here are seven other moments to watch out for:

1) Taylor goes for the triple

Taylor Swift’s surprise lockdown project, Folklore, is the front-runner for the album of the year prize.

A hushed, compositionally mature album, it steps away from the elaborately-produced pop of 2017’s Reputation and 2019’s Lover, which saw her fall out of favour with Grammy voters.

A win wouldn’t just represent a critical comeback, however. It would make Swift the first woman to scoop album of the year three times (and only the fourth artist overall, after Frank Sinatra, Paul Simon and Stevie Wonder).

Swift isn’t the only artist hoping to break a record on Sunday night. If Beyoncé wins four of her nine nominations, she’ll overtake Alison Krauss as the most-awarded woman in Grammy history.

If she gets eight (which is unlikely), she’ll hold the record for most Grammys ever, which is currently held by the classical conductor Sir Georg Solti.

Whether they win a prize or not, BTS has already made history as the first K-pop band to be nominated in a major awards category.

The seven-piece band, that performed with Lil Nas X at least year’s ceremony, is up for best pop group/duo performance for their English-language single, Dynamite, which hit number one in the US last year.

It’s a tough category: The band is up against Lady Gaga and Ariana Grande’s Rain On Me; Taylor Swift and Bon Iver’s Exile; and Justin Bieber’s duet with Quavo, Intentions.

“Frankly, we’re not expecting so much,” said rapper/singer RM. “We don’t want to get disappointed because Lady Gaga, Taylor, Bieber – all the big names [are nominated].

Only one Eurovision song has ever won a Grammy: Domenico Modugno’s Nel Blu, Dipinto Di Blu.

The syrupy ballad, which came third at the Eurovision Song Contest in 1958, went on to pick up song of the year and record of the year at the first ever Grammys in 1959.

Since then, its been nul points all the way. Abba was never even nominated for a Grammy. In fact, the only other Eurovision song to come within spitting distance of a Grammy was Gina G’s Ooh Aah… Just A Little Bit, which was nominated for best dance recording in 1998.

This year doesn’t break the pattern – but there is a Eurovision nomination, in the form of Will Ferrell’s Netflix film, The Story Of Fire Saga.

The film’s soundtrack, which is stuffed full of (affectionate) Eurovision parodies is nominated for the clumsily-titled “best compilation soundtrack for visual media”.

Sadly, there’s no recognition for the movie’s breakout hit, Jaja Ding Dong, in the best film song category. Instead, it’s been edged out by Billie Eilish’s No Time To Die, a Bond theme for a film that’s yet to come out.

4) Will Fiona Apple smash her awards?

For the first time, every nominee in the best rock performance category is female, with Pheoebe Bridgers going up against Haim, Brittany Howard, Big Thief, Grace Potter and Fiona Apple.

If she wins, Apple says she wants to share the honour with her fellow nominees.

“I don’t know if anybody who’s nominated can help having the thought: what would I do If I won?” she told The Guardian.

“My vision was that I would just get up there with a sledgehammer and I wouldn’t say anything, I would take the Grammy and smash it into enough pieces to share and I would invite all the ladies up.”

Apple is also up for the night’s main prize of best album, for the intricate and emotionally-raw Fetch The Bolt Cutters.

5) Meryl Streep could win her first Grammy, thanks to a spider

Meryl Streep is the most-nominated actress in the history of the Oscars – but she’s also a regular contender at the Grammys – thanks to the Mamma Mia soundtrack, among other things.

She’s most recently cited in the audiobook categories – thanks to her narration of children’s books like The Velveteen Rabbit, The Tale of Peter Rabbit and other, non rabbit-related works.

This year, she’s up for the audiobook of EB White’s Charlotte’s Web, the classic story of a pig who forms a friendship with a spider.

And if she wins, she’d better quote from the book: “It is deeply satisfying to win a prize in front of a lot of people.”

6) Megan Thee Stallion could be a rap trailblazer

Think of all the ground-breaking female rappers there’ve been: Roxanne Shante, Salt’N’Pepa, Queen Latifah, Lil’ Kim, Left Eye, Missy Elliot, Eve, Lauryn Hill, Nicki Minaj, Cardi B… Well, not one of them has won the Grammy for best rap song.

Not a single one.

That could change this year as Megan Thee Stallion’s Savage (Remix) is considered the front-runner for the prize.

A stripped-back, ice-cold compendium of Megan’s finer qualities (she’s “ratchet, bougie and nasty,” fact fans), it was already the stand-out on the Houston rapper’s debut mixtape, Suga, before Beyoncé jumped on the remix last summer.

Their collaboration is also up for record of the year – one of the night’s most hotly-contested categories. A win there would be significant, too: only one rap song (Childish Gambino’s This Is America) has ever taken the prize before.

If you’re wondering what happened to WAP – Megan’s x-rated, chart-topping duet with Cardi B – well, that song wasn’t submitted for consideration at this year’s awards.

“If I was pressed for a Grammy I would’ve submitted WAP for this year,” Cardi B told her fans on Instagram. “[But] I don’t want to be submitted to award shows until I put out my album because I think my album is so good. It means something.”

7) Controversy over the night’s biggest prizes

There might be 84 categories at the Grammys, but the focus always falls on the night’s “big four” – song of the year, record of the year, album of the year and best new artist.

This year’s nominees represent a diverse range of music and genres, but that hasn’t kept them free of controversy.

The biggest scandal centres around the nomination for Doja Cat’s Say So in the record of the year category. There’s no denying her emergence as a major new star in the last 12 months, but her signature song was co-written by Lukasz “Dr Luke” Gottwald, under the pseudonym Tyson Trax.

The producer has been a pariah in the music industry ever since he was accused of assault by his former protégée Kesha. But his nomination comes just three years after the Grammys invited Kesha in 2018 to perform a song about surviving abuse.

Will his involvement be enough to dissuade voters from giving Doja Cat an award? And will anyone address the allegations if she wins? It’s a live show, so anything could happen.

There’s also a building sense of dissatisfaction over the way nominees are chosen.

Canadian star The Weeknd says he will boycott all future ceremonies after failing to receive any nominations for his single Blinding Lights – which was the best-selling song of 2020.

He called the omission “an attack” and several other artists, including Halsey, Frank Ocean, Zayn Malik and Kanye West, have criticised the lack of transparency in the voting process.

So look out for winners who use their speeches to challenge the very existence of the awards – as Drake notoriously did in 2019.

How to watch the ceremony

Because the Grammys feature approximately 2,735 categories, there are actually two ceremonies on Sunday.

Hosted by R&B singer Jhené Aiko, it will feature performances by Burna Boy, Rufus Wainwright and classical pianist Igor Levit,; while prizes like best historical album and best regional Mexican music album (Including Tejano) will be handed out.

Viewers can also watch red carpet coverage on E! from 22:00 (GMT)/18:00 (ET), followed by the main ceremony on CBS and Paramount Plus in the US.

At the moment, no UK broadcaster has plans to show the ceremony or even highlights. However, there will be full coverage on the BBC News website overnight on Sunday. 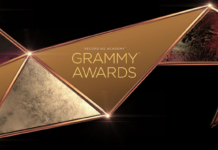 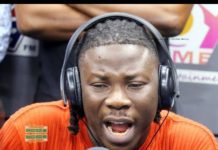 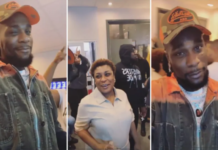 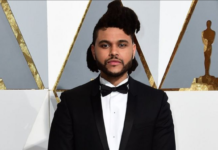