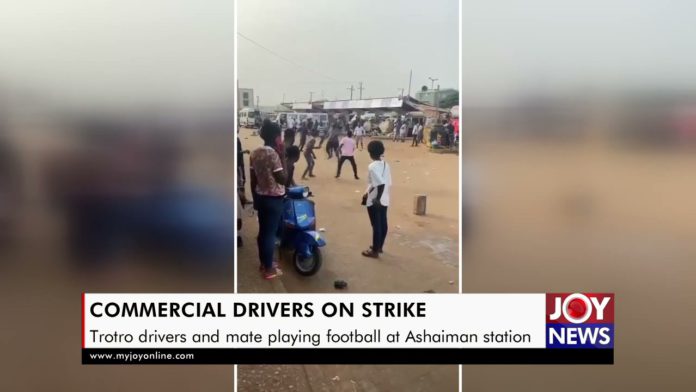 The Ghana Private Road Transport Union (GPRTU) has said it has no regret directing its members to strike following increment in fuel prices.

This, according to the union, is because their action got the government’s attention to order the reduction of fuel prices so they have achieved results.

A spokesperson for the union, Abass Imoro, said this on Asempa FM’s Ekosii Sen show Tuesday.

“We don’t regret organising a sit-down strike. If not, the government wouldn’t have listened to us and that shows we have at least achieved something after seeing that fuel prices have gone down a bit,” he said.

Speaking of their meeting with the government on Monday after the strike was suspended, he said they were told the reduction will happen gradually and hoped that the government would fulfil the rest of the promises.

Mr Imoro said they were satisfied the union is trying its possible best to ensure that fuel prices will come to a reasonable price.

A sit-down strike by commercial drivers across the country left thousands of Ghanaians stranded at various bus terminals.

The nationwide strike was to protest the high cost of fuel prices in the country.

Prices of fuel in the country have increased significantly over the past six months, with many complaining about the situation.

However, following their action, the President has, with immediate effect, ordered Goil to reduce its fuel price.