Government is said to have in the offing a pension scheme for cocoa farmers.

This was disclosed by Deputy Chief Executive Officer of the Produce Buying Company, Alfred Ofori-Anne, in an interview with Adom News.

According to him, the pension scheme when fully developed by the government, will help address the financial needs of aged cocoa farmers.

Mr Ofori-Anne asserted that the policy by the government is aimed at finding a lasting solution and checking the normal trend of cocoa farmers becoming poor when old and no longer able to farm.

Reacting to the scheme, which the government intends to implement for them, some cocoa farmers, who spoke to Adom News, expressed delight about the government’s intention to put up a pension scheme for them.

According to them, the scheme, when set up, will help prevent poverty.

The scheme comes on the back of increased cocoa prices said to take effect from October 1, 2020, the beginning of the harvesting season.

Government, through the COCOBOD, has also promised to purchase some 900,000 metric tonnes of cocoa from cocoa farmers in this harvest season. 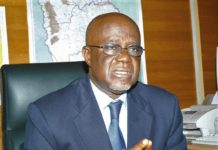 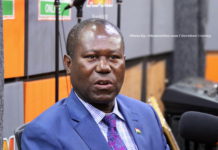