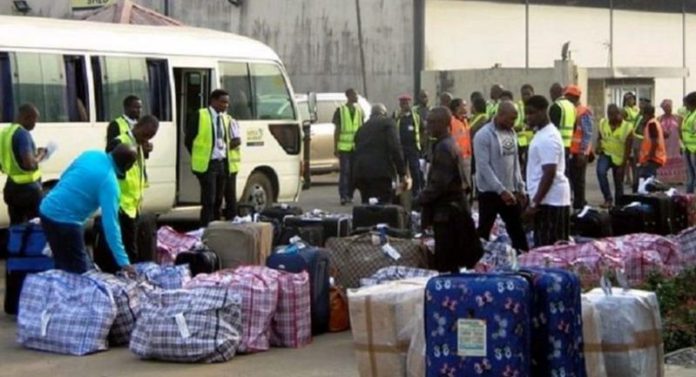 A total of 54 Nigeriens have been arrested and repatriated by the Bono East Regional Command of the Ghana Immigration Service (GIS).

The Bono East Regional Commander of GIS, Assistant Commissioner of Immigration (ACI), Francis Annor, explained that they were made up of 52 males and two females.

ACI Annor disclosed that they were arrested on Sunday, processed on Monday and sent back to their country Thursday, December 9, 2021, saying that “we had earlier repatriated a bus full of Togolese last month to safeguard the safety of our country.”

The Regional Commander noted that the immigrants entered the country via motorbikes and tricycles with the support of residents of the region, converged at Tuobodom before hiring a bus to travel to their final destinations.

ACI Annor advised residents of the Bono East region not to aide expatriates into the country, especially in this era of COVID –19 pandemic, adding that “let us all be watchmen in our communities.”

He was grateful to the Paramount chief of Tuobodom Traditional Area, Nana Agyei Takyi Beyeaman I, for the formation of community watchdog groups in the area, to complement the surveillance of the GIS in the enclave.