The Ghana Bar Association has described the allegations made against a Supreme Court Judge by National Democratic Congress (NDC) Member of Parliament for Asawase, Mohammed Mubarak Muntaka as offensive and distasteful.

The Chief Whip of the NDC Caucus in Parliament has accused a Supreme Court judge of trying to influence the outcome of the Speakership elections for the 8th Parliament.

Mubarak Muntaka who spoke on JoyNews’ The Probe on Sunday, alleged that a very prominent judge contacted an NDC MP; offering an inducement for a lady MP to vote in favour of the New Patriotic Party’s (NPP) Speaker nominee, Prof Aaron Mike Oquaye.

According to him, although the Apex Court’s judge’s failed in his attempt, the party will probe the issue and take the appropriate steps if necessary.

In a press statement from the Association reacting to the comments, the Bar described the remark as unacceptable, “and hereby calls on Mohammed Mubarak Muntaka to substantiate the allegation or retract same and apologise to the Justices of the Supreme Court in particular, and the judiciary in general.”

They added that, “even though the 1992 constitution guarantees freedom of speech, that freedom should be exercised with circumspection and should not be used to incite hatred or to subject the Judiciary to ridicule and contempt.”

The GBA urged Ghanaians to be circumspect in relation to statements made regarding public officers and persons occupying positions of trust.

“They may be criticised but the criticisms should be constructive and not disparaging and demeaning,” the Association stated.

They also called on Public Servants to maintain high ethical standards in the execution of their duties “to inspire confidence in the general polity.”

Meanwhile, Chief Justice Kwasi Anin-Yeboah has indicated that he will be reaching out to the NDC Caucus Chief Whip to assist with investigations on the allegations he made against a Supreme Court Judge. 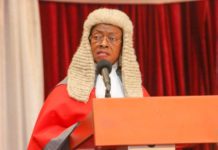 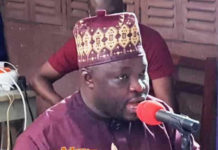 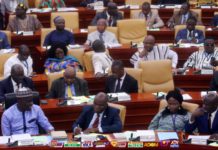