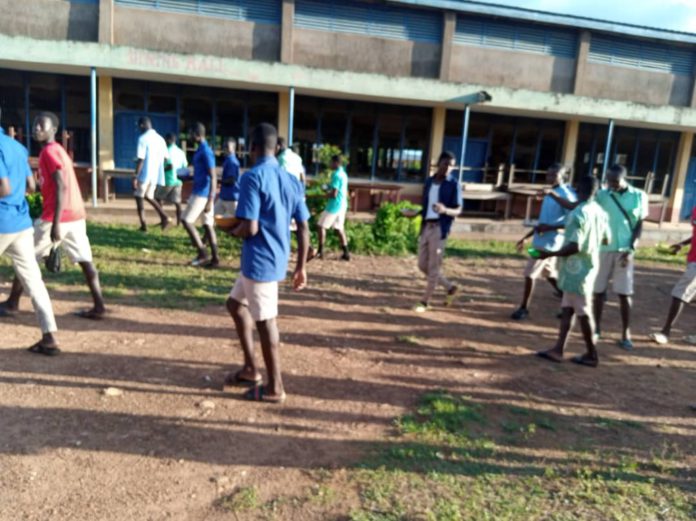 The Education Ministry has assured parents that in as much as there are challenges associated with food shortage they are resolving the matter.

To the Public Relations Officer of the Ministry, Kwasi Kwarteng, his outfit is not running away from their responsibility as they are ready to take the blame although the issue is being resolved.

“There is no way we as a ministry will run away from our responsibilities because the children are our children too and so there is no way we would just look on and allow them to suffer. As we are speaking now hundreds of trucks are on the road delivering food to most schools and so parents should remain calm,” he said in an interview on Asempa FM’s Ekosii Sen Monday.

Mr Kwarteng’s comment comes on the back of reports of food shortages in some public senior high schools.

This situation has compelled some heads of schools to consider shutting down their schools if the government fails to intervene.

Some parents are even calling on the government to allow them to feed their wards.

They said it’s become clear that government alone cannot take care of the kids and so their intervention will be a way to take some burden off the government.

But Mr Kwarteng opined that they had challenges with the supply chain but is optimistic that all the challenges will be resolved.

Per the data available to him, Mr Kwarteng noted most of the schools have food but many are delayed as a result of transportation issues but urged parents to remain calm as they resolve the issue.