Ghanaian rapper, Flowking Stone, says the reason why he has not moved from the Ashanti regional capital Kumasi to Accra to push his career is that he would be considered an outcast should he do so.

According to him, his large fan base will desert him if he leaves Kumasi.

“Currently I can boldly say that I am the only hope in Kumasi when you talk of a musician holding it down there.

“All the rest are in Accra and the people of Kumasi are disappointed in those who moved from here to reside in Accra. My big brother, Okyeame Kwame, is no exception based on the comments I hear all the time.

“I know how the fans in Kumasi are; once you leave them and move to Accra to make it big, forget coming back because you will not be considered as one of their own,” he stated last Saturday, January 25, on Peace FM’s Entertainment Review.

According to Flowking Stone, he would have made it big if he was in Accra considering how long he has been in the game but that is not the case now.

“Every artiste who moves to Accra becomes bigger than when he or she is residing in their region. Kofi Kinaata and a few others are big now because they moved to Accra but the issue is that Takoradi will still consider Kofi Kinaata as their own when he moves back but the fans in Kumasi are different and I know what I am talking about,” he said.

Having been in the music business for 16 years and known for songs such as ‘Blow My Mind’, ‘Go Low’, ‘Me Kyeakyea’ and ‘Let Them Know’, Flowking Stone, who admitted he should have been bigger than he is now, said he doesn’t have a strong management team.

“It started as Bradez with myself, Kunta and Okyeame Kwame. But it was left with Kunta (who later became sick) and myself so I had to start everything all by myself. I know I will get there and I am gradually working towards it,” he added.

Flowking Stone, whose real name is Kwaku Nsiah-Boama, also claimed he is the best rapper because his flow and lyrics are dope.

“Ghanaians don’t understand my rap yet. I don’t just rap but I relate situations to the lyrics I use in my songs,” he said. 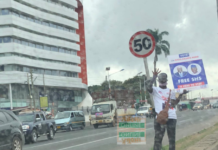 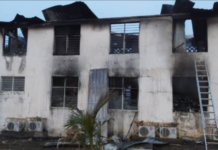 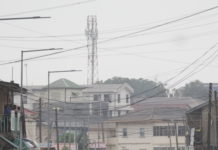 Accra floods would have been worse if… Atta Akyea 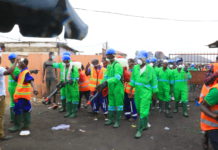 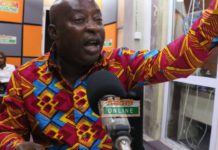 Revealed: Why Accra ‘Cleaner City promise may be just a dream