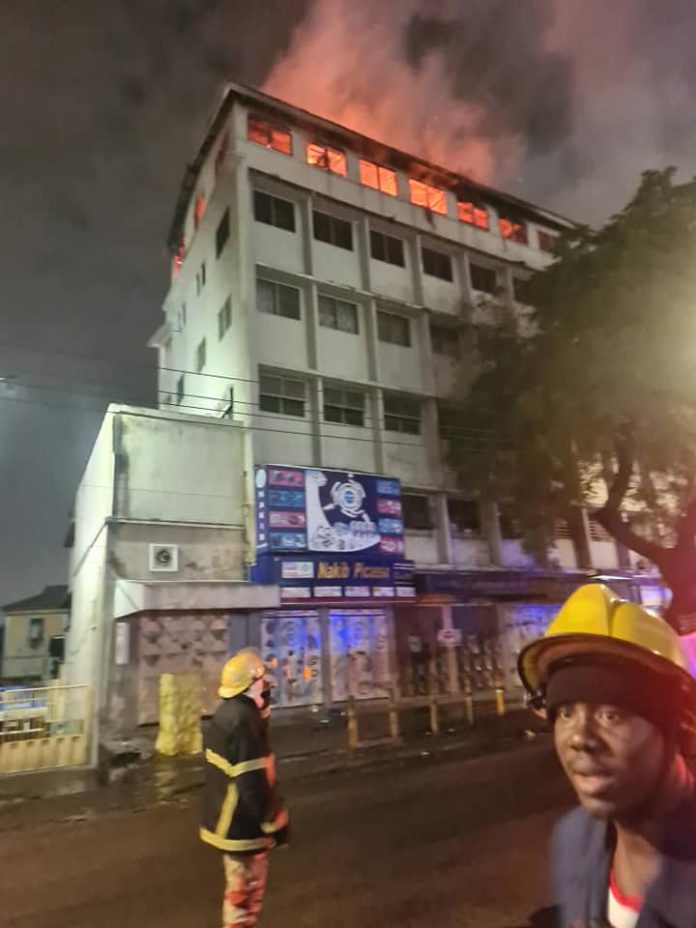 Fire has gutted portions of a five-storey building at Tudu in the Central Business District of Accra.

The affected portion is said to be the Yazz Hostel located on the last floor of the America House Building which houses some students of the Accra Technical University.

The outbreak, according to the Ghana National Fire Service, occurred in the early hours of Tuesday while occupants were asleep.

Nine rooms were completely burnt while the roof of the building caved in.

Though the cause of the fire is yet to be known, the timely intervention of the fire service prevented it from spreading to the other four floors.

This brings to five, the number of fire outbreaks recorded in Accra since Saturday dawn. 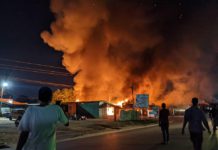