Several shops have been destroyed in a fire outbreak at the Mankessim market in the Mfantseman Municipality of the Central Region.

Reports indicate the fire started in a wooden structure and spread to other shops in the vicinity, destroying property running into thousands of cedis.

Though the cause of the fire is not immediately known, a witness said some of the shop owners cook and do their house chores in the market before they go home.

Witnesses bemoaned the delay of the Ghana Fire Service in arriving at the scene as attempts by residents to quench the fire proved futile. 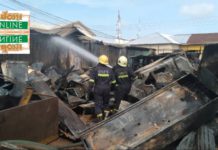 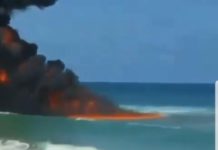 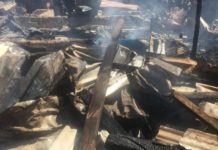