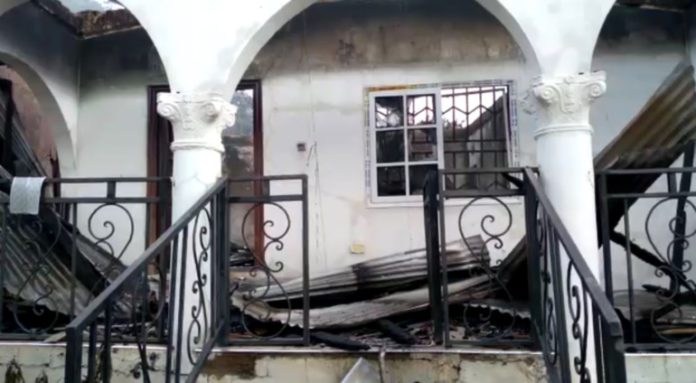 Fire has run through a four-bedroom flat at Adansi Asokwa in the Ashanti Region destroying the entire edifice.

Reports indicate the Fomena Fire Service was called in but could not get to the house upon arrival due to unavailability of access route.

They had to join over six delivery holes before they could reach the fire during which havoc had already been caused.

The landlord, Osei Richard, who was saddened by the development, said he could not explain how it began. He was, however, grateful his family escaped unscathed.

A tenant, Akosah Sarfo Harrison, told Adom News they lost all property with nothing to salvage.

“I have lost everything, my passport, money, TV, fridge, certificate etc, all that is left is myself.

“I was training at the back of the house when I saw smoke coming out from the rooftop so I called my landlord who quickly called the children out of the room, then we saw the fire blazing,” he narrated.

Though the cause of the fire was not immediately known, the Fomena Fire Commander, D. O. III Oscar Opoku, who led the team of firemen to the scene, suspected electrical fault.

However, he charged Municipal and District Assemblies to make access routes available when giving out lands to developers. 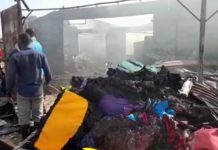 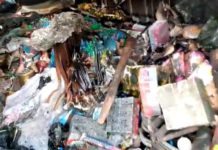 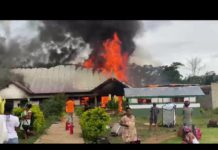