New Patriotic Party (NPP) maidens under the women’s wing in the Kpone-Katamanso constituency have descended heavily on Municipal Chief Executive (MCE) of the area, Solomon Appiah.

Their outrage follows some comments the MCE allegedly made against the defeated parliamentary candidate, Hopeson Adorye, in a radio interview.

Mr Appiah is reported to have allegedly said Mr Adorye housed some maidens outside the constituency for one month in a hotel for funfair instead of campaigning.

He also accused the candidate of relying on non-residents for the campaign leading to the party’s defeat in the elections.

Responding to the comment, the enraged Secretary of the Maidens, Theodosia
Appiah, said the party’s future is bleak once the MCE remains in office.

She denied that non-residents were used for the door-to-door campaign, insisting Mr Appiah’s informants have deceived him.

“Excuse my language; we are not prostitutes to be enjoying while there is work to do. What benefit will we get from funfair?  We went to campaign for Akufo-Addo and that is what we stand for,” she clarified.

The Maidens are, thus, calling on the MCE to retract and apologise for what they say is a derogatory comment else they will have him removed from office.

Failure to do so, the Maidens threatened that they will take the statement far and stage a huge demonstration next week. 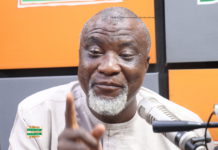 NPP executives to have meeting on Hopeson Adorye-MCE rivalry 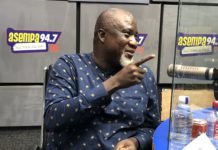 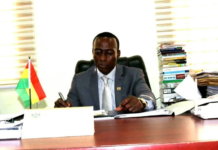