A documentary, released by the Federal Bureau of Investigation (FBI), has revealed that Abbas Ramoni Igbalode, who is popularly known as Hushpuppi, will likely spend over 25 years in jail if he is eventually convicted.

Hushpuppi was said to be holding over $40 million in cash when he was arrested at his Palazo Versace residence in Dubai.

There were also luxurious vehicles worth $6.1 million that were confiscated from him.

FBI agents revealed that the case of Hushpuppi was a star case that would help the FBI get its much-craved media attention.

They said the magnitude and method make the case a unique one. 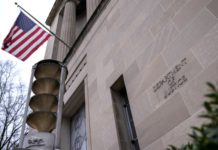