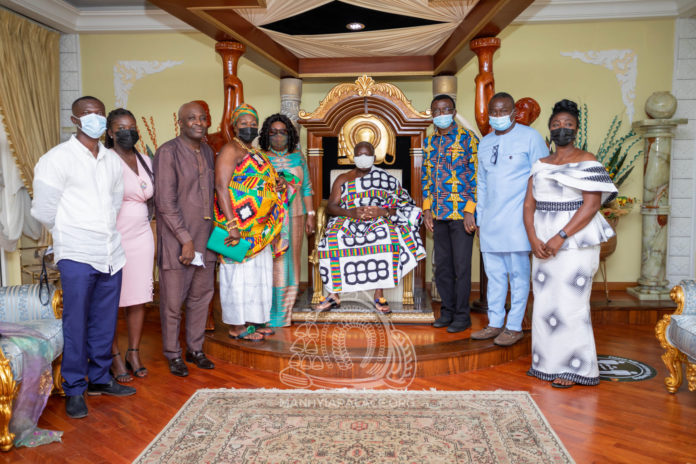 The family of Ghana’s former head of state, Ignatius Kutu Acheampong, has paid a courtesy call on the Asantehene, Otumfuo Osei Tutu II.

This was on Wednesday, November 17, 2021, at the Manhyia Palace to present to the Asantehene a copy of a book about the late Statesman.

Otumfuo during the meeting said that General Acheampong’s vision was misinterpreted which made him lack the worthiness he deserved, adding that the piece will reflect the true embodiment of Acheampong.

It is a 240-page hardcover book authored by a former UN Senior Governance Adviser and co-founder of the Centre for Democratic Development (CDD-Ghana), Professor Baffour Agyeman-Duah.

The book tracks the life, special moments, and leadership of General Acheampong during the National Redemption Council and the Supreme Military Council regime from January 1972 to July 1978.

Soldier, wife and child killed in horror car crash near military base