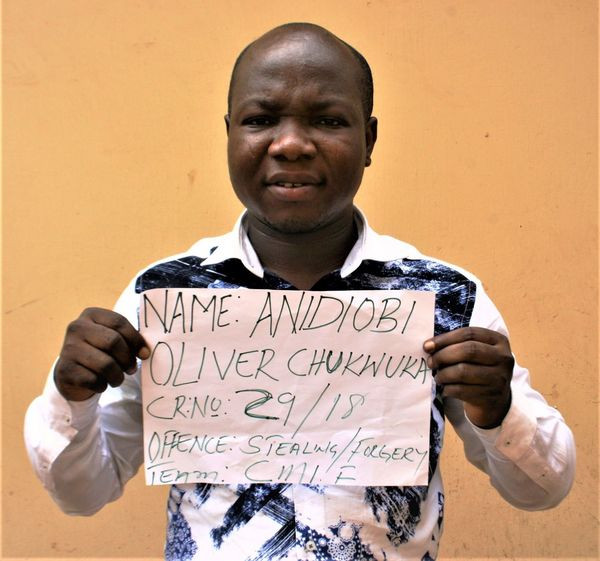 A former manager with Sterling Bank and Account Relationship Officer of OHHA Microfinance Bank, Nigeria, has been sentenced to 18 years imprisonment, for forgery and stealing to the tune of N219 million approximately, GHC 3,255,647.47.

Oliver Anidiobi was sentenced on Tuesday, November 2, by Justice C. O. Ajah of the Enugu State High Court in Enugu, after a 32-count charge prosecution.

With the money, he built a block of 5 flats, acquired several plots of land along the Enugu Port-Harcourt Expressway, an uncompleted four-bedroom bungalow at Centenary Estate, Enugu, and also made an investment of N65 million in a Ponzi Scheme called “Let’s Partner with You” owned by one Patrick Nwokike.

In the course of his trial, the prosecution counsel, Michael Ani, presented five witnesses and tendered 75 exhibits while the defendant testified for himself.

The Judge today held that “the accused person did not deny nor challenge the allegations made by the EFCC. Any evidence not challenged is admitted as true. I am duty-bound to establish the evidence presented by the prosecution. The evidence is strong and compelling to grant conviction.”

An estate valuer is to evaluate the defendant’s property at his village, Centenary city, Enugu and Premier Layout, New Artisan, Enugu; to help determine their values so that they can be sold and the proceeds paid in restitution to OHHA microfinance bank.

Former student, 1 other arrested for attempted stealing in Tuna SHS