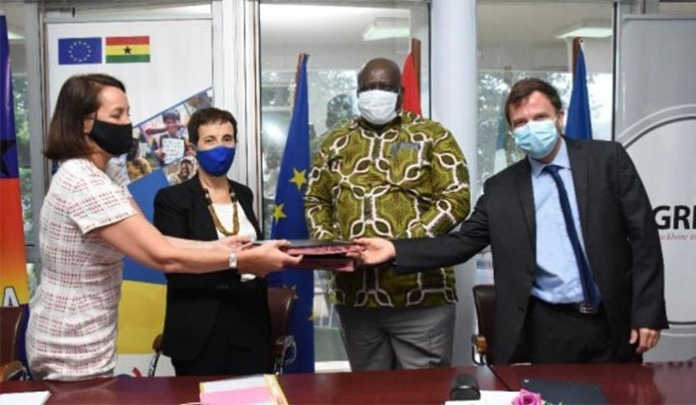 The aim of the project, which was initially financed with a US$ 174 million from AFD to GRIDCo and a €4.8 million technical assistance grant from the EU, seeks to enhance and upgrade electricity supply and access to the Northern Regions of Ghana and also boost export of power to the sub-region under the West African Power Pool, commencing with Burkina Faso.

Present at the signing ceremony of the approval of the grant to GRIDCo were both the EU Ambassador to Ghana, H.E. Diana Acconcia and the French Ambassador to Ghana, H.E. Anne-Sophie Ave as well as the Country Director of AFD, Christophe Cottet and the Chief Executive Officer of GRIDCo, Jonathan Amoako-Baah who signed on behalf of their respective institutions. The two ambassadors co-signed.

The €9.7 million grant, will facilitate the early completion of the project which is behind schedule. According to energy and financial experts, this grant is a vote of confidence in the commitment of President Nana Addo Dankwa Akufo-Addo to ensure a sustainable and reliable electricity supply in Ghana and the sub-region.

The approval of the grant is also a recognition of the several strategic measures and prudent fiscal policies undertaken by the last Board of GRIDCo, appointed by the New Patriotic Party government.

For a greater part of the last three years, work on the 330 kV transmission line project from Kumasi to Bolgatanga, which commenced under the government of former President John Mahama, slowed down as AFD was compelled to stop paying contractors working on the project. This was due to severe liquidity challenges resulting in GridCo’s inability to ‘service’ the initial AFD US$174 million loan and other similar obligations.

After months of negotiations between the GRIDCo Board, Management and AFD and the personal intervention of President Akufo-Addo, a Sovereign Guarantee of the original AFD loan was approved by Ghana’s Parliament.

AFD then resumed disbursing the balance of the loan facility. Even in its uncompleted stage, the Kumasi-Bolgatanga transmission line project has enabled the export of power to Burkina Faso.

The project is considered a key link and priority in the West African Power Pool. 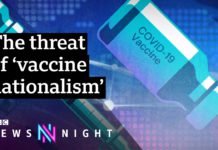 EU ‘not ready’ to share Covid vaccines with poor countries