Speaking at the second edition of the Time with the Commission engagement series on Thursday, November 19, Acting Deputy Director for Financial Intelligence Monitoring at EOCO, Abba Poku, stated Directors of the collapsed FMCs should be made to pay back locked-up funds of investors.

According to her, their actions and inactions have resulted in the loss of lifesavings of thousands of Ghanaians and also impacted negatively, the capital market.

Speaking further at the engagement series, Ms Poku noted that the EOCO wishes to prosecute Directors of the FMCs given the permission and support of the Attorney General.

“If we are not firm on these matters, people will continue to take us for a ride,” she added.

On the part of the Securities and Exchange Commission (SEC), Deputy Director-General of SEC, Deborah Agyemfra, noted that Directors of failed FMCs will be banned from further operating in the capital market for a number of years.

She, however, failed to disclose the exact number of years.

Meanwhile, a total amount of GHS 263 million has been disbursed to some 2,307 clients out of the 4,215 clients that laid claims to investments in the collapsed 53 FMCs.

The 2,307 clients that have received their claims are customers of the 20 liquidated FMCs. 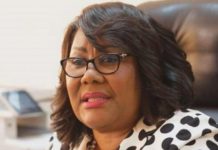 Airbus Scandal: Martin Amidu must collaborate with EOCO, others – MP