Founder and Leader of the Ghana Freedom Party (GFP), Akua Donkor, has conceded defeat in the December 7 polls.

After a projection by The Multimedia Group’s credible #ElectionHQ, Madam Donkor was confident of President Nana Akufo-Addo’s win and second term in office.

Speaking after she was spotted in the President’s residence at Nima, the GFP flagbearer called on the Electoral Commission to end the delay in declaring President Akufo-Addo the president-elect.

Madam Donkor, who wished for a shot at the presidency, said she conceded defeat because the “truth will always be the truth and numbers don’t lie.”

Madam Donkor, after the EC declared President Akufo-Addo winner, advised the President to ensure all his promises to the nation are fulfilled.

She expressed faith in the president to live up to his name. 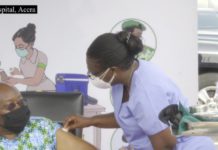 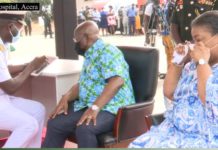 Akufo-Addo to address the nation tonight