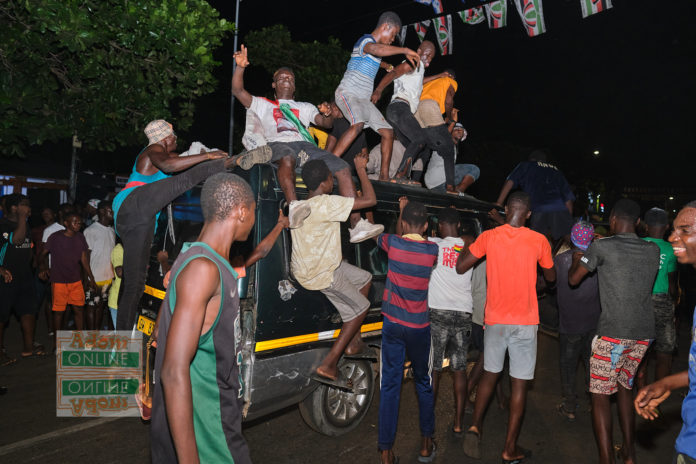 Described as a hotspot for violence ahead of the December 7 polls, Odododiodoo was a constituency that many observers including the media kept in focus.

As was expected, the constituency lived up to expectation by way of activity as there was never a dull moment between when elections started and closed as well as when victory was declared.

The National Democratic Congress (NDC) candidate who is the incumbent Member of Parliament, Nii Lamtey Vanderpujie came out victorious against his cousin-contender, Edward Nii Lante Bannerman.

Shortly after the declaration, Adomonline.com’s camera was in the constituency to capture constituent’s moods and reaction which we bring to you below: