A 15-year-old suspected lesbian has allegedly been defiled by two men at Nkurakan, a suburb of the Yilo Krobo Municipality in the Eastern Region.

The two accused persons, Julius Boateng Tettey, a 25-year-old barber and his accomplice identified only as Ire, currently on the run, allegedly committed the act after they accused the victim and her friend of practicing lesbianism.

The Prosecuting Officer, Chief Inspector Owusu Ababio, told the Koforidua Circuit Court ‘A’ Presided over by Her Honour Marian Affoh on Thursday, October 28, 2021, that the accused persons live in the same house with the victim and her girlfriend.

Out of suspicion, the accused persons confronted the victim and her friend with allegations that they were practicing lesbianism which the girls allegedly admitted.

At about 11:30 pm, the accused persons conspired and entered the room of the two friends to solicit sexual intercourse in exchange for money but they refused.

This got them infuriated. The accused persons dragged the victims into the room of suspect Julius Boateng Tettey to forcibly have sexual intercourse with them but one of the girls managed to escape.

The two suspects forcefully had sexual intercourse with the victim in turns.

They subsequently took away her two mobile phones worth Ghc780.00. In the course of the attack, the accused persons also broke the door of the victim and stole her rice cooker valued at Ghc300.00.

The victim reported the case at the Domestic Violence and Victims Support Unit at the Eastern Regional Headquarters the following day.

Police medical report was issued to the victim for medical examination. The report was fully endorsed and medically confirmed.

Police proceeded to arrest Julius Boateng Tettey but his other accomplice escaped arrest.

Mr Tettey denied the allegation of defilement stating that the victim is his girlfriend but admitted stealing the rice cooker and mobile phones.

Police investigators took the accused to the scene of crime for further investigation, however, the suspect escaped from lawful custody but was pursued and recaptured.

The accused pleaded not guilty to all six counts when put before Koforidua Circuit Court ‘A’ presided by Her Honour Marian Affoh,

The judge admitted the accused to a bail sum of Ghc60,000 with two sureties one to be justified. 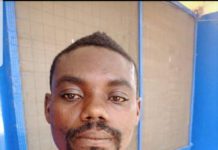 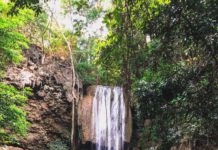