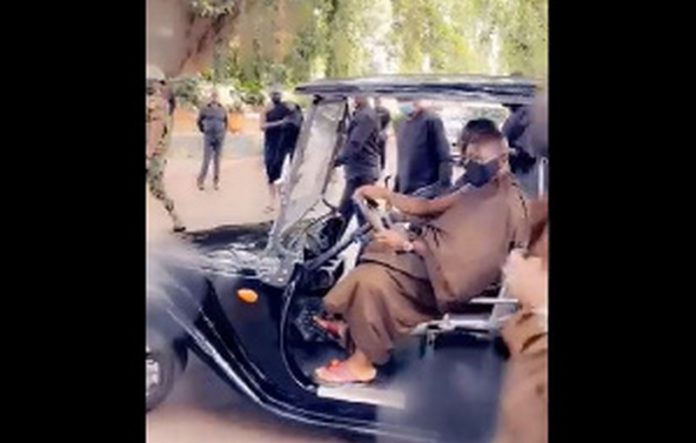 Asantehene, Otumfuo Osei Tutu II, has been captured at the Manhyia Palace giving former president John Agyekum Kufuor a rare drive in a golf cart through some of its streets.

The video, which was shared by @Ashanti_Kingdom on Twitter, gives a sneak-peek into something that people do not see every day that involves two of Ghana’s revered men.

While it is unclear what particular occasion the two met at the Manhyia Palace, one thing was clear from the outfits of all the people seen in the visuals: it was a funeral.

Without exhibiting any stress at all, the Asantehene drove off the former president followed by the security details and palace guards, with a handful of fully dressed soldiers walking alongside the cart.