Rapper Criss Waddle has taken to Twitter to caution Ghanaians, especially constituents living in Asante Akyem South, to vote against the immediate past President of the Musician Unions of Ghana (MUSIGA), Bice Osei Kuffour, popularly known as Obour.

Obour, after serving two terms as the head of MUSIGA, has decided to venture into full-time politics with the ambition of becoming the Member of Parliament for Asante Akyem South on the ticket of the incumbent New Patriotic Party (NPP).

In a post circulating on social media, Obour is seen with a white shirt and red tie – wearing a moon-carved smile – with the logo of NPP printed on his poster.

But Criss Waddle has reacted to it saying Obour isn’t qualified for the position because he is a waste of time and a selfish person who wouldn’t consider the plea of the people.

In a single tweet, he said: Pls don’t VOTE for this Guy, he’s a waste of time and a selfish person stomach Politician. 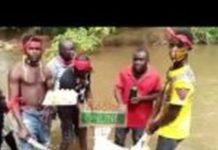 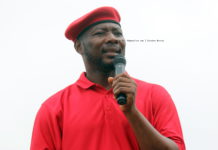