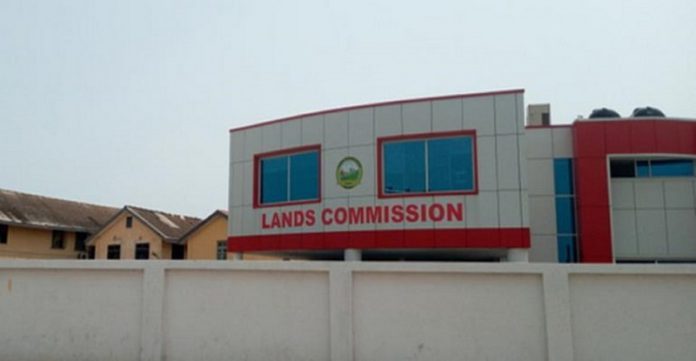 The government, through the Lands Commission, is in motion to demolish some of the state lands encroached by some unknown armed men in some parts of Accra.

The Commission, in a January 16 release, explained that the exercise will take place on January 17, in Amrahia, Mpehuasem and Nungua (Borteyman).

According to the statement “this illegal act started in the festive season in December 2022 last year and continues to occur.”

The commission disclosed that the parcels of land which havebbeen encroached are part of government acquisitions with compensations duly paid for;

The commission further explained that “in all the acquisition above, on the goodwill of Government, some portions of the sites have been released to pre – requisition owners.”

Following the inspection of sites at Borteyman, Amrihia and Mpehuasem, the combine team of Land administrators and Ghana police service agreed on the extremity of more substantial exercise in recovering and protecting all the portions including demolishing of unauthorized structures.

The commission with the assistance of police service officially starts the exercise on January 17, 2023, to recover and protect such sites and other acquired state arrears per section 236 of the Land act, 2020 (Act 1036).

The commission, therefore, expects the public to give it maximum support to undertake its mandate to do the needful.