Pupils of the St. Aiden Anglican basic school in Wa in the Upper West Region on Tuesday afternoon were thrown into a state of fear and panic after they found an unidentified body in a shallow grave near the school’s park.

The incident is the first since the beginning of this year after 12 of similar cases were recorded last year in Wa.

Citi News reports teachers and pupils of the St. Aiden Anglican basic school watched in fear and disbelieve as the police tried to exhume the remains of the yet-to-be-identified body near the school’s park.

Sources at the school indicate that some pupils run into a shallow grave which had bones protruding from it.

Within minutes, the school became a point of attraction as scores of students travelled far and near to catch a glimpse of what appeared to be yet another gruesome murder in the Wa township.

About 18 suspects have been arrested in connection with what is suspected to be ritual killings in the Wa within the past 11 months.

Sources within the Upper West regional police command indicate that investigations so far have not linked any of the suspects to the killings.

Some of the suspects have been released on medical grounds while others are still in custody pending further investigations.

Residents, however, say the killings in the Wa township are becoming one too many and must be halted by the police.

Both teachers and pupils of the St. Aiden Anglican basic school declined to speak on Tuesday’s incident. 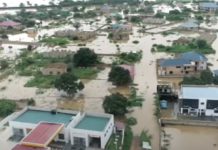 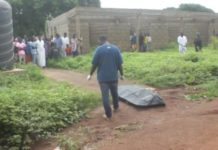