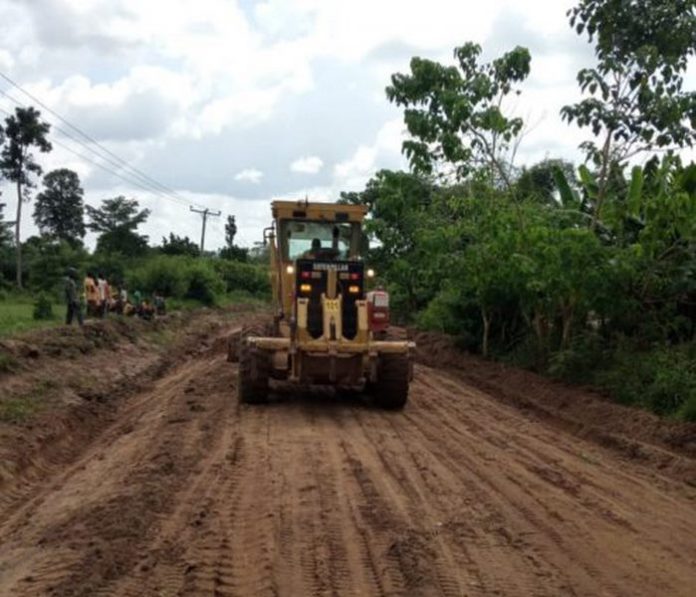 Drivers and residents of Donkorkrom in the Kwahu Afram Plains North District of the Eastern Region have taken to the  streets to demonstrate against government over bad roads in the area.

They have bemoaned the area is named the food basket of the nation because of its fertile land for farming.

It feeds the nation with a lot of food crops such as yam, maize, vegetables and other things like fish, bush meat, charcoal and more but the road network from Ekye Amanfrom to Donkorkrom and the nearby towns’ roads are very poor.

Speaking to Adom News’ correspondent, Akwasi Dwamena, the drivers stressed that because of the bad nature of the roads, it has rendered drivers and riders in the area impotent.

They added that armed robbers always attack them due to the bad nature of the road and therefore appealed to the government to fix it.

The leader of the demonstration, Offie Nkansah, stated that the poor road network of the area has affected the farmers negatively because they find it very difficult to transport their farm products to the market.

Mr Nkansah indicated that they don’t have a medical doctor at Donkorkrom due to the bad nature of the road which is also affecting their health.