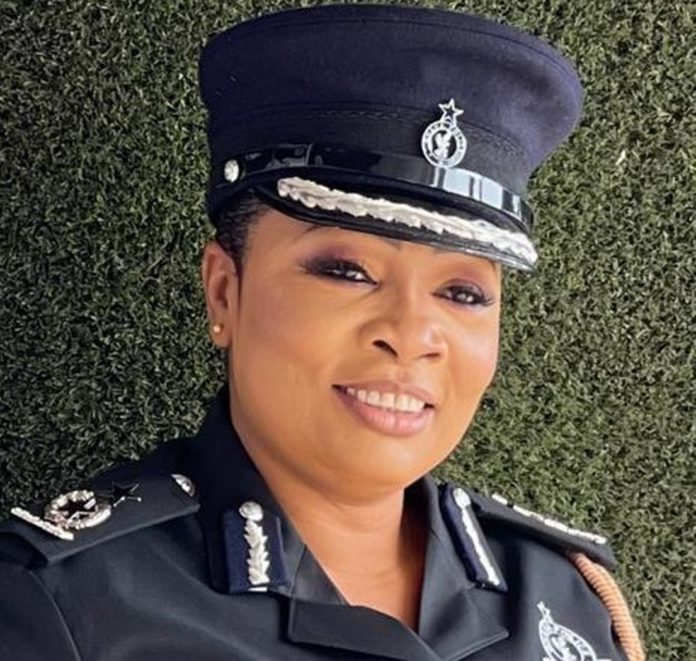 Deputy Commissioner of Police (DCOP) Faustina Agyeiwaa Kodua Andoh-Kwofie has been appointed as the Director General of the Criminal Investigations Department (CID) of the Ghana Police Service.

COP Isaac Ken Yeboah retired from active service (September 22, 2022) and was pulled out of the service at a ceremony held in his honour at the National Police Training School in Accra.

This followed his attainment of the compulsory retirement age of 60, after serving 30 years, nine months and 22 days in the police service.

In attendance were the Inspector-General of Police, George Akuffo Dampare, former IGPs – Patrick Acheampong and David Asante-Apeatu, former COPs and senior police officers among others.

Globally, the issue of a lack of female representation at the upper echelons of security services becomes topical but Ghana achieved a major milestone in August 2021 with the elevation of the then Assistant Commissioner of Police (ACP) Faustina Agyeiwaa Kodua Andoh-Kwofie as the first woman to head the high profile Intelligence Department of the Ghana Police Service (GPS).

She has moved from that step to take over as CID boss at her current rank of DCOP.

Until her elevation last year to head the Intelligence Department, she was the Director in charge of the Commercial Crime Unit under the CID at the National Police Headquarters.

Her duties at her former office included leading and directing investigations into fraudulent transactions such as money laundering.

She, is, therefore, coming into her new position with critical firsthand experience in what has become the menace of financial crime that thrives in a globalised digital economy.

Having risen through the ranks by dint of hard work, she has over 29 years of work experience in active policing.

With excellent managerial and leadership skills, she has held various command positions in the GPS and symbolic of what is becoming a trend of excellence in Ghana’s policing leadership, she holds a professional qualification outside of her policing work. She is a trained lawyer.

She is a member of the International Police Women Association.

She was a member of a task force that drafted a national action plan for the Elimination of Child Labour in 2007 at Sogakope and was also a member of a committee that was set up by the then IGP Kwarteng Acheampong to review the syllabi used by the Ghana Police College in 2007 and a member of Police UN & UN Mission selection text team in 2007.

She has also been a Board member for Africa Centre for Counter-Terrorism since 2016.

Her desire to achieve academic laurels is undoubtedly manifested in the various academic programmes she has undertaken and the positive impact these have on her work performance.

She holds a Bachelor of Laws (BL) from the Ghana Law School and an LLB from the University of Ghana. She was called to the Bar in 2013.

Among her tall list of academic successes are MA in International Relations, MBA in Human Resource from University of Ghana, MSc Criminology & Criminal Justice-University of Portsmouth, UK, and a Bachelor of Education in Psychology, University of Cape Coast.

She has four academic research works to her credit. ACP Andoh-Kwofie had her secondary education at St Monica’s Secondary School and Nsutaman Catholic Secondary where she was the Assistant Head Girl from 1990 to 1991 and the Girls Prefect from 1988 to 1989 respectively.

Currently, she is the Vice-President of the Nsutaman Old Students Association (NOSA).

She is from Kwamang in the Sekyere Central District in the Ashanti Region. She is a Presbyterian and a mother of two boys.

She enjoys researching modern trends in policing and how to combat crime.

For her, cooking is her passion and she loves to sing when in a great mood. 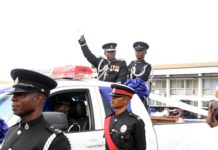 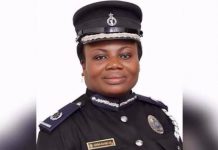 Maame Tiwaa names one of her greatest achievements as CID Boss 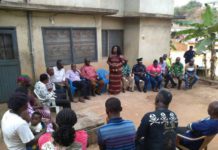