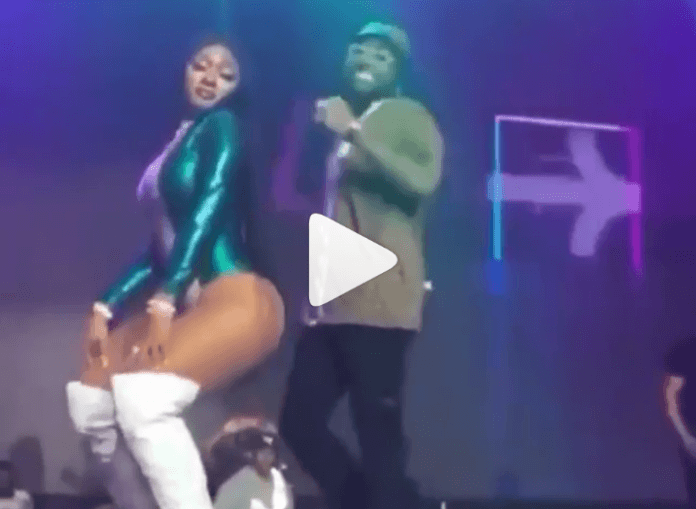 Nigerian singer Davido is currently being hailed on twitter for refusing to ‘grind’ American rapper, Megan Thee Stallion’s behind during a performance which video has since surfaced online.

Megan Pete, known professionally as Megan Thee Stallion was performing on stage alongside Davido at the second edition of the Flytime Music Festival, 2019 at the Eko Convention Centre.

During their performance, Megan who was wearing a bodysuit paired with white boots, turned her butt to Davido in apparent expectation of being ‘rocked’ but in a split second, Davido withdrew and danced behind her from a distance.

While some are hailing him for respecting his fiancee Chioma, others are saying he missed an opportunity.

See a video clip and also various reactions below: 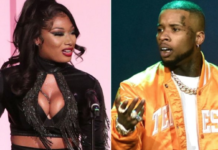 Davido explains why he will marry his 3rd baby mama, Chioma

Davido terminates contract of one signee after domestic violence allegation