Actress Funke Akindele and husband JJC Skillz have pleaded guilty after they were arraigned in court for disobeying an order restricting movement due to coronavirus.

The actress and her husband threw a party yesterday at their residence at an estate in Ibeju-Lekki which was well attended by different celebrities.

A viral video from the event showed that the guests were more than the number of people allowed in a gathering by the order declared by the Lagos State Government.

This led to her arrest after a backlash on social media for putting lives at risk by encouraging the spread of COVID-19.

Her husband, who was not arrested, later turned himself in following demands for his arrest.

The couple, who are parents to twins, have now pleaded guilty to the charges against them which will see them spend time in jail or pay a fine of N100,000.

They were arraigned at the Magistrate Court in Ogba. 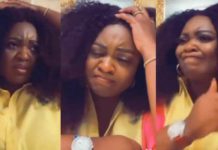 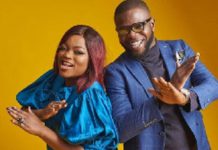