Following the rising Covid-19 cases in the country, a section of Ghanaians have partly blamed activities of some political parties prior to the December 2020 polls.

Some parties were seen holding rallies and outdoor activities with some of their supporters in total disregard for the safety protocols.

But speaking on JoyNews’ The Probe Sunday, President’s Representative at the Information Ministry, Kojo Oppong Nkrumah, said there is no data to back such an assertion that political activities contributed to the rise in cases.

According to him, people were ‘reckless’ during the yuletide season, hence, the upsurge in cases.

“If you take the election period I am sure the doctors will tell you that the data will not support the argument. I know it is fanciful for us to make that argument. But election period was on December 7 and we are looking at 14 days around that period but we didn’t see that [increase in Covid-19 cases].

“But during the yuletide, that is, from December 25 to the New Year era, you will notice [people disregarded the protocols],” he told Emefa Apawu on The Probe.

The Ofoase Ayirebi Member of Parliament further stated that data available shows that the majority of the newly recorded cases were contracted during the festive season.

“With the current uptake in cases as the President explained, [it is because] during the yuletide season, a lot of us were reckless.

“They [scientists] have specifics of events under which persons turned positive which is now leading to about 200 average cases a day and there is clear data to support this argument,” he said. 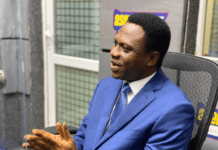