Former President of Musician Union of Ghana, Bice Osei Kuffour, popularly known as Obour, has replied critics who are accusing him of putting lives in danger after his dad, Nana Osei Boansi Kuffour, contracted the novel coronavirus.

The father of the musician aspiring to become Member of Parliament for Asante Akyem South died of the respiratory disease in Ghana at the Ridge Hospital when he returned from the United Kingdom on March 19.

According to a statement Obour put out, he wasn’t aware his father had contracted the virus though he was unwell and had been coughing three days after he entered the country.

Obour added that, he requested for his dad’s blood sample to be taken at home and tested at the Juaso Hospital but the report came back that he had malaria.

Obour said he later rushed him to the Ridge Hospital where he met his untimely death.

Some news portals and social media critics weren’t happy with the way Obour handled the matter.

According to them, they couldn’t fathom why Obour’s dad wasn’t isolated since he came from one of the countries recording Coronavirus cases.

Others also reported that the family of the deceased failed to disclose important information about the coronavirus symptoms he had been showing to health personnel for precautionary measures to be taken.

One user who goes by the name, Belva Boafo, reacting to Obour’s statement said:

I dont really understand, I taught people who arrive at the airport go through mandatory quarantine, how did he get home? Seriously this is a no no. Nobody is above the law now innocent lives have been endangered God have mercy on us.

Oh now malaria symptoms include coughing? @obourbice your dad returned from UK, in a country where the virus has spread tremendously, comes to Ghana on the 19 just last week and started coughing and you went for a malaria test. I mean as educated as you are and an ex president of musiga you should have known better cos you are a public figure. The least you could have done is self isolate him as soon as he got back from UK like any reasonable person have been doing. By the way how was he able to get home on the 19th cos by that time all passengers coming in were put on mandatory quarantine?😏 .

Obour in reply said he tested negative for Covid-19 after his encounter with his dad prior to his death but many weren’t satisfied with his statement.

Not being able to address all the accusations, Obour has taken to Instagram to put out some few words indicating that the spirit of God and that of his father will vindicate him.

The spirit of God and the spirit of my dead father will not stay mute over all these false accusations…. God will speak for me…. he posted. 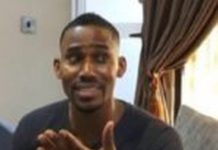 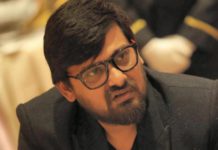