The Los Angeles Lakers will undergo testing for the coronavirus on Wednesday, sources confirmed to ESPN’s Dave McMenamin, following the Brooklyn Nets‘ announcement Tuesday that four players had tested positive for the virus.

The Lakers played the Nets in their last game before the NBA suspended play last Wednesday following a positive test by Utah’s Rudy Gobert.

The Lakers will self-quarantine for 14 days. Most of the Lakers are still in town, so testing should not be a logistical issue, sources told ESPN.

“Given the exposure risks from our game against the Nets on March 10th, we are following the next steps of our COVID-19 procedures and protocol that are established in consultation with various health officials, the NBA and our UCLA Health doctors,” the Lakers said.

“The health and well-being of our players, staff, fans, and society in general, is of paramount importance to us, and will continue to be our focus,” The Lakers said.

On Tuesday, the Nets announced that four players had tested positive for the virus, and Kevin Durant told the Athletic that he was one of the players. The Nets said they had reached out to anyone known to have had contact with the players.

Two NBA players in addition to Gobert are known to have tested positive for the virus: Utah’s Donovan Mitchell and the Detroit Pistons‘ Christian Wood.

The Los Angeles Times was the first to report the Lakers would be tested. 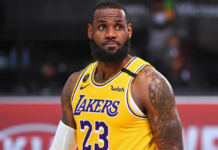 Woman in trouble after nightclub’s UV light exposes her underwear