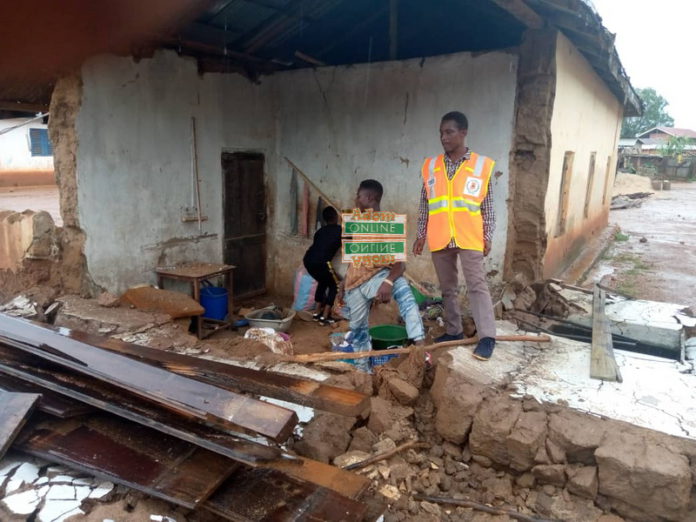 A collapsed building has killed three people at Abura-Asebu-Kwamankese District in the Central Region.

The collapse, adomonline.com gathers, is as a result of a recent downpour in the area.

Enoch Mensah, an eye witness to the building collapse said the two people who are now deceased were asleep in the room at Abura Kwadeogya when the unfortunate incident occurred.

He said some other people have also suffered injuries and are in critical conditions.

“The building collapsed on six people, killing a 48-year-old woman identified as Aba Yaa Praba, and 80-year-old Adjoa Oforiwaa with four others on admission at the Cape Coast Teaching Hospital,” she narrated.

Meanwhile, the Regional Director of the National Disaster Management Organization (NADMO), Joe Donkoh, bemoaned the number of lives that have been lost in the Central Region due to recent downpours.

“The situation is sad but all we can do is to provide relief items to victims but will also appeal to them to heed to our safety tips in this rainy season.”

The District Chief Executive for the area, Felicia Aba Hagan, has given the assurance that the Assembly will give out vehicles to enable NADMO to go on sensitization and also identify weak buildings in the communities to prevent reoccurrence of the incidence.